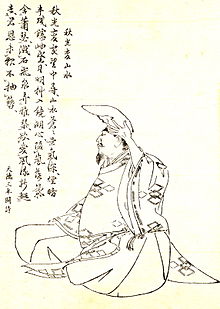 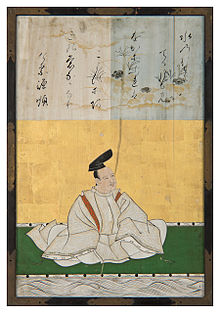 Minamoto no Shitagō by Kanō Yasunobu, 1648
In this Japanese name, the family name is "Minamoto".

Minamoto no Shitagō (源 順?, 911–983) was a mid Heian waka poet, scholar and nobleman. He was the original compiler of the Wamyō Ruijushō, the first Japanese dictionary organized into semantic headings. He was designated as one of the Thirty-six Poetry Immortals for his distinguished poetic accomplishments. In addition to the Wamyō Ruijushō, his remaining works include a poetry collection known as the Minamoto no Shitagōshū (源順集?). Some scholars claim that he is the author of the Taketori Monogatari.

As one of the Five Men of the Pear Chamber he assisted in the compilation of the Gosen Wakashū. He also compiled kunyomi readings for texts from the Man'yōshū.