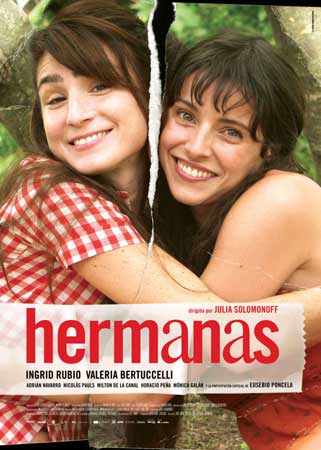 The film features , , among others.

In 1976, during the political turmoil in Argentina, two sisters flee their country right after Natalia's politically active boyfriend Martin disappeares; one goes to , and the other to , .

After eight years in Spain, Natalia () travels to Texas to visit her sister Elena (), who's now a suburban wife and mother.

She brings with her their father's manuscript of his last novel. The unpublished novel reveals the story of their family during the Argentine dictatorship.

Using extensive flashbacks of the sisters early years in Argentina during the "junta" dictatorship, the director reveals family guilt and suppressed resentment.

The film is based on the real political events that took place in Argentina after 's reactionary military "junta" assumed power in , . During the junta's rule: the parliament was suspended, unions, political parties and provincial governments were banned, and in what became known as the between 9,000 and 30,000 people deemed left-wing "subversives" disappeared from society. [ [http://www.yendor.com/vanished/ The Vanished Gallery] . Web site documenting the disappeared in Argentina, 2007.]

Jeannette Catsoulis, film critic for "" liked the film, especially the acting of and , and wrote, "Though constrained by a directing style that insists on coloring within the lines, the movie is most successful in the rocky emotional spaces in which the sisters renegotiate their relationship and in which Elena, struggling with English, endures the painful process of assimilation...both actresses make their director look very good indeed." [ [http://movies2.nytimes.com/2006/12/06/movies/06herm.html Catsoulis, Jeannette] . "The New York Times," film review, "A Long Way Traveled, With Farther Still to Go," , .]

In the same vein, Jonathan Holland, film critic for "Variety" magazine, appreciated the acting but gave the film a mixed review and wrote, "The political skeleton of 1970's Argentina rolls out of the closet to mostly positive effect in Julia Solomonoff's "Sisters," a solidly-built but somewhat airless debut from the assistant director of "The Motorcycle Diaries." The complex plot doesn't fully exploit the possibilities for suspense, but first-class perfs, great atmospherics and an upbeat message combine to make the pic work better as a sibling drama than as a thriller." [ [http://www.variety.com/review/VE1117926983.html?categoryid=31&cs=1&p=0 Holland, Joanathan] . "Variety," film review, , . Last accessed: , .]

Critic V.A. Mesetto thought the screenplay was predictable but also likes the acting, and wrote, "Solomonoff draws out vivid performances by Valeria Bertuccelli (Elena) and Ingrid Rubio (Natalia) that make up for the script's predictability." [ [http://www.nypost.com/seven/12082006/entertainment/movies/secrets_of_the_argentine_sisterhood_movies_v_a__musetto.htm Mesetto,V.A] . "" film review, "Secrets of the Argentine Sisterhood," , 2006.]

The film was first presented at the on , . It opened wide in the country on , .

A Region 2 DVD, was released in Europe on , by Cameo Media.