Dent's disease (or Dent disease) is a rare X-linked recessive inherited condition that affects the proximal renal tubules[1] of the kidney. It is one cause of Fanconi syndrome, and is characterized by tubular proteinuria, hypercalciuria, calcium nephrolithiasis, nephrocalcinosis and chronic renal failure.

Dent's disease was first described by Dent, C. E. and Friedman, M in 1964 when they reported 2 unrelated British boys with rickets associated with renal tubular damage characterized by hypercalciuria, hyperphosphaturia, proteinuria, and aminoaciduria.[3] This is a genetic disorder caused by the genetic mutations in the renal chloride channel CLCN5 which encodes a kidney-specific voltage gated chloride channel and a 746 amino acid protein (CLC-5), with 12 to 13 transmembrane domains; it manifests itself through low molecular weight proteinuria, hypercalciuria, aminoaciduria and hypophosphataemia. Because of its rather rare occurrence, Dent's disease is often diagnosed as idiopathic hypercalciuria (IH), i.e. excess calcium in urine with undetermined causes. 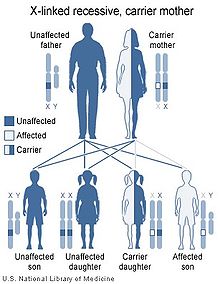 Dent's disease is a X-linked recessive disorder. The males are prone to manifesting symptoms in early adulthood with symptoms of calculi, rickets or even with renal failure in more severe cases.

In humans, gene CLCN5 is located on chromosome Xp11.22 and has a 2238-bp coding sequence that consists of 11 exons that span 25 to 30 kb of genomic DNA and encode a 746 amino acid protein.[4] CLCN5 belongs to the family of voltage-gated chloride channel genes (CLCN1-CLCN7, and CLCKa and CLCKb) that have approximately 12 transmembrane domains. These chloride channels have an important role in the control of membrane excitability, transepithelial transport, and possibly cell volume.[5]

The mechanisms by which CLC-5 dysfunction results in hypercalciuria and the other features of Dent's disease remain to be elucidated. The identification of additional CLCN5 mutations may help in these studies, and we have pursued such studies in patients with Dent's disease.[6]

Dent's disease may also be associated with:

As of today, there is no agreed-upon treatment of Dent's disease and no therapy has been formally accepted. Most treatment measures are mostly supportive in nature and they include: