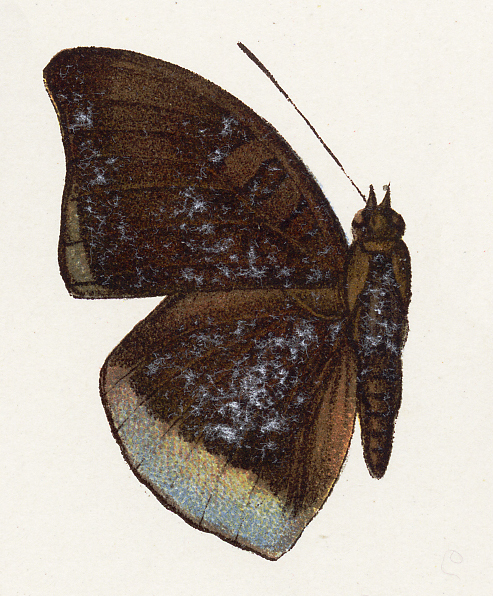 The female resembles the female of "Euthalia cocytus" but apart from the difference in the shape of the fore wing the ground-colour on the upperside is a darker brown ; there are five not four dingy white discal spots, the upper two and the lower two subequal; the inwardly oblique postdiscal dark band very diffuse and much broader. The underside is of a much paler ochraceous, but the markings are similar, Antennae, head, thorax and abdomen dark brown in both sexes ; beneath in the male pale brownish, in the female ochraceous. [Bingham, C. T. 1905. Fauna of British India. Butterflies. Vol. 1]