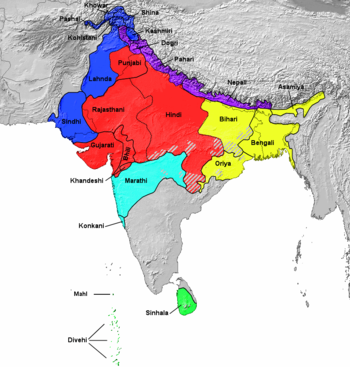 This classification follows Kausen (2005). The main differences from SIL are noted.

Map of areas where Dogri-Kangri languages are spoken

(included in Pahari by SIL)

(SIL includes these languages in the Central zone)

(treated as a separate group by Klausen) 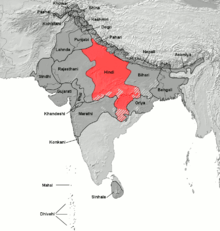 The insular languages are spoken in the islands of Sri Lanka and Maldives along with the island of Minicoy. The insular languages share several characteristics which set them apart significantly from their continental sister languages. (SIL makes them a separate branch of Indo-Aryan.) However, Sinhala and Dhivehi are no longer mutually intelligible.[1]

The following languages have not been classified within the Indo-Aryan family.