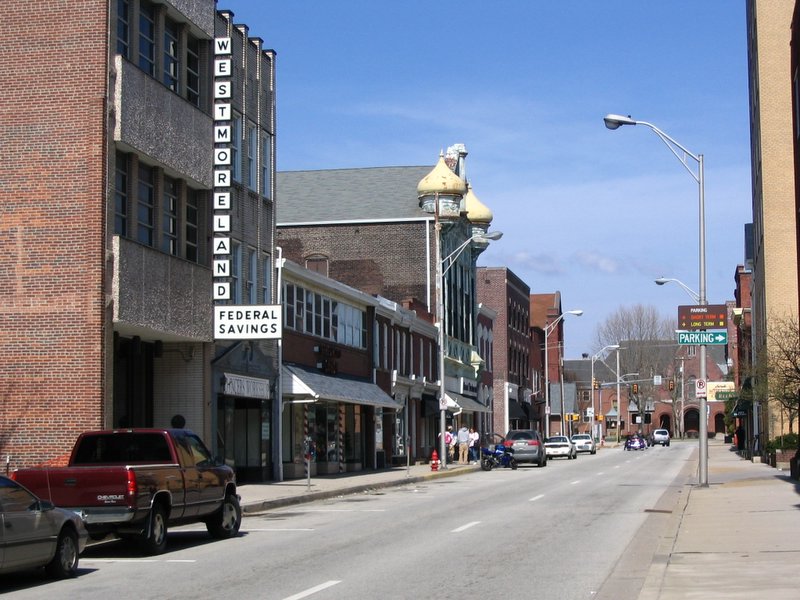 Latrobe (IPAEng|leɪˈtʃroʊb) is a in Westmoreland County, , approximately 40 miles southeast of Pittsburgh.

In 1852, Oliver Barnes (a civil engineer for the ) laid out the plans for the community that was incorporated in 1854 as the Borough of Latrobe. Barnes named the town for his best friend and college classmate, Benjamin Latrobe, who was a civil engineer for the (his father, , was the architect who rebuilt the U.S. Capitol in Washington, D.C. after the War of 1812). Its location along the route of the Pennsylvania Railroad helped Latrobe develop into a significant industrial hub.

Among its claims to fame, Latrobe is the home of the Latrobe Brewery (the original brewer of beer), , and er . It was the childhood home of , children's television personality. He was also buried there at Unity Cemetery after his death in 2003. While it was believed for years that the first professional football game was played in Latrobe, the city refused induction into the Hall of Fame records. Latrobe is also home of the first , invented in Latrobe by David Strickler in 1904. Latrobe is home to the of the American football team. Also, comedian Jackie Mason spent three years as a rabbi in Latrobe after his ordination.

In May 2006, purchased the brands, but not the brewery. In June 2006, from entered into negotiations to buy the brewery. [cite web|title=Wisconsin brewer may buy Rolling Rock plant|publisher=|date=June 22, 2006|url=http://www.post-gazette.com/pg/06173/700216-28.stm|accessmonthday=June 25 |accessyear=2006] In September 2006, City Brewing Company agreed to purchase the brewery, [ [http://pittsburgh.bizjournals.com/pittsburgh/stories/2006/09/25/daily31.html City Brewery buys Latrobe Brewery - Pittsburgh Business Times: ] ] and they licensed it to the Boston Beer Company in April 2007 as a satellite brewery to produce Samuel Adams beers. [ [http://www.post-gazette.com/pg/07094/774830-28.stm Samuel Adams comes calling on Latrobe brewer ] ] The brewery employs approximately two hundred workers locally.

There were 3,966 households out of which 25.0% had children under the age of 18 living with them, 48.1% were married couples living together, 11.0% had a female householder with no husband present, and 38.0% were non-families. 34.1% of all households were made up of individuals and 17.9% had someone living alone who was 65 years of age or older. The average household size was 2.22 and the average family size was 2.86.

*Latrobe is featured in "Scan," an episode of the television show "". Fugitive is stopped by a , but runs through a field and presumably jumps aboard a cargo train headed towards .

* In 's the town is featured as a sanctuary from the uprising of the dead.