Compass FM is an Independent Local Radio station broadcasting from Lincs FM in Lincoln. The station serves Grimsby, Immingham and Cleethorpes and is part of the Lincs FM Group. It's strap line is 'The Music You Love'.

The stations music policy has to differ from its more modern sister station Lincs FM as there is a distinct overlap. Compass plays mainly golden oldies with a selection of modern songs and its listeners are primarily over-40. However new songs are regularly added to the playlist. In addition there are regular competitions, and interviews covering local news and events.

The station logo originates from the logo for North East Lincolnshire.

Richard Lyon who has been with the station since day one hosts the breakfast show, alongside long serving presenters Andy Marsh who presents the afternoon show and Matt Hutchinson who hosts Sunday mornings. Dan Judson presents the daytime show and Rob Wagstaff in the evening.

Budget cuts within the Lincs FM Group mean that Compass FM, amongst others within the group, have only one live show during the week. While the Breakfast show is live (for two hours of four), the rest of the day has since been replaced with an automated daytime programme (where the presenter's links between the records are all pre-recorded but made to sound live), the bare minimum required to satisfy regulators Ofcom.

It was the NTL Commercial Radio Station of the Year in 2003. 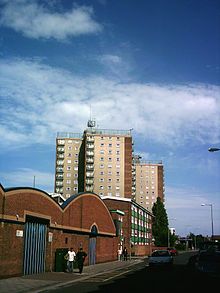 The 96.4 FM signal comes from a low-powered transmitter at Bevan Flats in East Marsh in north Grimsby near the A180. This transmitter also has Bauer Humberside. It will be broadcast on the MuxCo Lincolnshire DAB multiplex when this starts in early 2009 across the whole of Lincolnshire.

Three applications were received by the Radio Authority by 5 September 2000, which also included the proposed Haven FM and Southbank FM, having been first advertised in May 2000. The licence for the station was awarded on 24 November 2000.