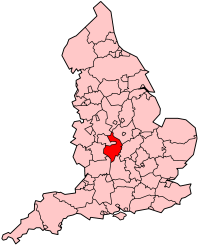 Warwickshire Fire and Rescue Service is the statutory fire and rescue service covering in the West Midlands region of .

The service is administered by Warwickshire County Council. Its headquarters are based in .

Warwickshire fire service never covered or which had fire brigades of their own. In 1974 it lost area to the newly created .