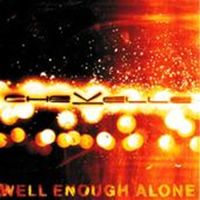 "Well Enough Alone" is the first single from the album "" and was released to radio the week of February 13, 2007 [ [http://www.fmqb.com/Article.asp?id=16770 FMQB: Radio Industry News, Music Industry Updates, Arbitron Ratings, Music News and more! ] ] . According to lead singer Pete Loeffler, "Well Enough Alone" was an unreleased song that had been recorded prior to the release of their third album "", before it was refined for "" [http://www.chevelleinc.com/theband.html] .

The music video which is directed by Brian Weber () intercuts footage of the band performing with shots of the band jumping in and out of water which was done with the help of special effects.