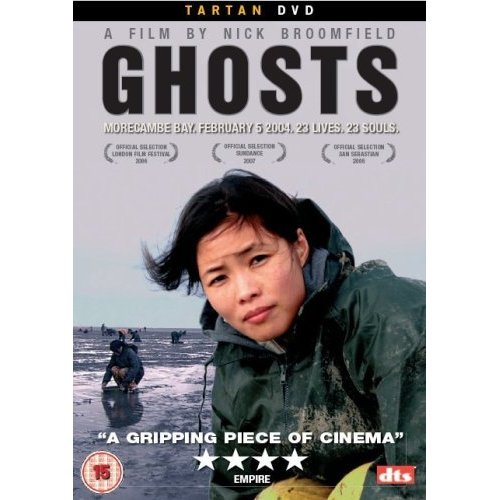 The film tells the story of Ai Qin, an illegal Chinese immigrant to the . She is seen at home ( ), where there is no work except badly paid agricultural labour, and even this is in short supply. She has a son but no visible husband (this is explained later on). The family have some awareness of the dangers, and can keep in touch using mobile phones, but overall they have no control once Ai Qin puts herself in the hands of a "snakehead" gang who for a deposit of $5,000 (and the obligation to pay off the loan of another $20,000) will smuggle her to Europe.

The film follows her from to the UK where she gets a job in a food-packing factory. It reveals that the UK's is heavily dependent on underpaid, exploited migrant labour. "Massage" (i.e. ) is offered as a profitable alternative, but she resists this. She finds herself dependent on a "", who however is only one step up himself and needs to bribe richer contractors to get even badly paid work. His position and that of the group is deteriorating, and it is in some desperation that they turn to cockle-picking at .

The film begins and ends with scenes recreating the , in which 23 illegal workers lost their lives whilst cockle-picking.

The title of the film stems from the term 鬼佬 ("gui lao", literally "ghost") used colloquially in China to describe white-skinned people.

The involved 38 individuals, of whom 23 drowned. The gangmaster got 14 years' imprisonment. His girlfriend was found guilty of immigration offences. The film shows a much smaller group, so it is not a literal retelling. But it is generally accepted as an accurate picture of the plight of Chinese illegal immigrants.