PEN International (International PEN to 2011), the worldwide association of writers, was founded in London in 1921[1] to promote friendship and intellectual co-operation among writers everywhere.

PEN originally stood for "Poets, Essayists and Novelists",[2] but now includes writers of any form of literature, such as journalists and historians.

Other goals included: to emphasise the role of literature in the development of mutual understanding and world culture; to fight for freedom of expression; and to act as a powerful voice on behalf of writers harassed, imprisoned and sometimes killed for their views.

It is the world’s oldest human rights organization[3] and the oldest international literary organization.[citation needed]

The club established the following aims:

International PEN is headquartered in London and composed of 145 autonomous PEN Centres in 104 countries around the world, each of which are open to qualified writers, journalists, translators, historians and others actively engaged in any branch of literature, regardless of nationality, race, colour or religion.

PEN awards dozens of literary awards each year. Some examples include:

Literature, national though it be in origin, knows no frontiers, and should remain common currency among nations in spite of political or international upheavals.

In all circumstances, and particularly in time of war, works of art and libraries, the heritage of humanity at large, should be left untouched by national or political passion.

Members of PEN should at all times use what influence they have in favor of good understanding and mutual respect among nations; they pledge themselves to do their utmost to dispel race, class, and national hatreds and to champion the ideal of one humanity living in peace in the world.

PEN stands for the principle of unhampered transmission of thought within each nation and among all nations, and members pledge themselves to oppose any form of suppression of freedom of expression in their country or their community.

PEN declares for a free press and opposes arbitrary censorship in time of peace. It believes that the necessary advance of the world toward a more highly organized political and economic order renders free criticism of governments, administrations, and institutions imperative. And since freedom implies voluntary restraint, members pledge themselves to oppose such evils of a free press as mendacious publication, deliberate falsehood, and distortion of facts for political and personal ends...

International PEN's Writers in Prison Committee works on behalf of persecuted writers worldwide. Established in 1960[4] in response to increasing attempts to silence voices of dissent by imprisoning writers, the Writers in Prison Committee monitors the cases of over 900 writers who have been imprisoned, tortured, threatened, attacked, made to disappear, and killed for the peaceful practice of their profession. It publishes a bi-annual Case List documenting free expression violations against writers around the world.

The Committee also coordinates the International PEN membership's campaign towards an end to these attacks and to the suppression of freedom of expression world wide.

International PEN's Writers in Prison Committee is a founding member of the International Freedom of Expression Exchange, a global network of non-governmental organisations that monitors censorship worldwide and defends journalists, writers, internet users and others who are persecuted for exercising their right to freedom of expression.

It is also a member of the Tunisia Monitoring Group, a coalition of 16 free expression organisations that lobbies the Tunisian government to improve its human rights record. 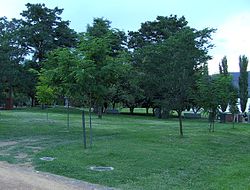 A grove of trees beside Lake Burley Griffin forms the International PEN memorial in Canberra, Australian Capital Territory. The dedication reads, "The spirit dies in all of us who keep silent in the face of tyranny." Officially opened on 17 November 1997.