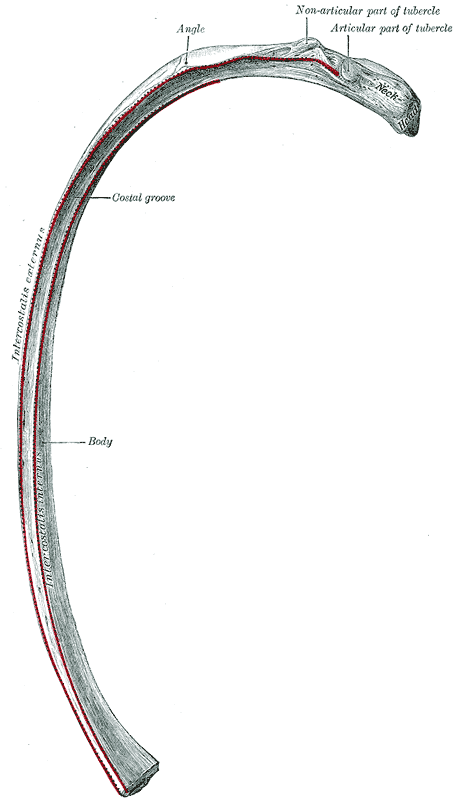 Caption = A central rib of the left side. Inferior aspect. (Angle labeled at center top.)

The angle of a may both refer to the bending part of it, and a prominent line in this area, a little in front of the tubercle.

This line is directed downward and laterally; this gives attachment to a tendon of the .

At this point the rib is bent in two directions, and at the same time twisted on its long axis.