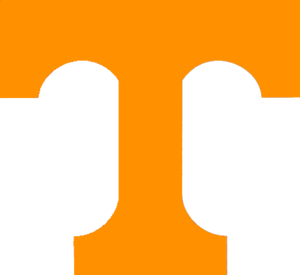 Tennessee is unusual among major U.S. universities in having completely separate athletic departments for men's and women's sports, the only other remaining NCAA school with separate men's and women's programs is the . [cite news|url=http://sports.espn.go.com/ncaa/news/story?id=3112264 |title=Arkansas to merge men's, women's athletic programs |author=Associated Press |publisher="" |date= |accessdate=2007-11-20] Men's teams are called the Volunteers and women's teams the Lady Volunteers, but the "Volunteers" is frequently shortened to "Vols."

Tennessee competes in the 's Eastern Division, along with Florida, Georgia, Kentucky, South Carolina, and Vanderbilt, and has longstanding football rivalries with all of them. However, the Vols most intense and bitter rivalry is with Alabama. The teams battle every year in the . The Volunteers won the 1998 NCAA Division I-A National Championship in football. Also, the Volunteers won the 1938, 1940, 1950, 1951, and 1968 National Championship three under General Neyland, and six total. . The Volunteers are coached by and play at , which averages over 107,000 fans per game. Every game since 1974 has been sold out at Neyland Stadium. Super Bowl champion is among the numerous NFL athletes to start their careers at the University of Tennessee.

The men's basketball program is headed by . Through his guidance, the men's program has been revitalized and claimed the 2005&ndash;2006 SEC East Title and closed the season with a 22-8 record and a NCAA Tournament berth. In 2007, the Vols made the NCAA tourney for the second straight year, making it to the Sweet Sixteen. In 2008 the Vols claimed their first outright SEC regular season championship in 41 years. One of the highlights of the 2008 season came when UT knocked off number 1 Memphis, who was then undefeated, to claim the number one ranking in the nation. In men's , the most important rivalries are with Kentucky, Vanderbilt, Florida and cross-state rival Memphis.

Tennessee has the strongest women's basketball team at the college level, having won eight NCAA Division I titles (1987, 1989, 1991, 1996, 1997, 1998, 2007, 2008), the most in women's college basketball history. The Lady Volunteers are led by , who is the all-time winningest basketball coach in NCAA history, having won over 900 games as of 2006. Coach Summitt also boasts a 100 percent graduation rate for all players who finish their career at UT. Former Tennessee Lady Vols basketball star went No. 1 in the WNBA draft. Tennessee and Summitt also have a rivalry with the University of Connecticut in women's basketball. These two schools have consistently fought great games against each other in recent years, occasionally with the national championship on the line. The regular season rivalry games ended in 2007 when Tennessee decided to not sign a contract continuing them, due to a recruiting dispute. The main women's basketball rivals for Tennessee within the conference are Georgia, Vanderbilt, and LSU. Tennessee is the only school to make the Sweet Sixteen in all 26 of the women's NCAA tournaments.

In recent years the women's softball team has gained notoriety, reaching the three consecutive times. They placed third in 2005 and 2006 and second in 2007. Former pitcher is the all-time career NCAA leader in strikeouts (2,440), shutouts (112), wins (189) and innings pitched (1448.0). The , native won the U.S. Softball National Player of the Year award and the Honda Award for Softball in 2007. She was also honored by the as its Team Sport Player of the Year over such high-profile candidates as of the U.S. women's soccer team and of the WNBA.

UT's best-known athletic facility by far is , home to the football team, which seats over 107,000 people and is one of the country's largest facilities of its type. Neyland is currently undergoing a renovation costing over $100 million. [http://s159447050.onlinehome.us/utvols/phillipfulmer/neyland2/neyland-front.html] The Volunteers have practiced at the Neyland-Thompson Sports Center since 1989, which underwent an expansion in 2006. The Neyland-Thompson Sports Center which features 2 exterior fields, 1 indoor field and provides the University of Tennessee athletes with the finest strength and conditioning, dressing, health care, meeting and coaching facilities in the country. [http://www.utsports.com/sport/page.aspx?id=9724] The Volunteers and Lady Vols basketball teams play in , the largest arena (by capacity) ever built specifically for basketball in the United States. Both basketball programs now practice at the newly completeled Pratt Pavilion [http://www.utsports.com/facilities/page.aspx?id=49270] , which besides 3 basketball courts, has an athletic training room, a weight room, a film study room and a place to host recruits. The former home of both basketball teams, , still stands and is now used by the Lady Vols volleyball program.

The Alumni Memorial Gym was another indoor athletic facility. It was built in 1934 during a construction campaign under school president James D. Hoskins, and was replaced by the Stokely Athletics Center in 1967. The facility hosted the men's basketball tournament in 1936 and 1937 and again in 1939 and 1940. It is now used as a performing arts center and seats 1,000 spectators.

The Allan Jones Intercollegiate Aquatic Center, completed in 2008 is a $30 million center that features one outdoor 50-meter pool, an indoor 50-meter pool, a new 50-meter competition pool and a separate competition diving well featuring five platforms and six springboards. It will allow for 2,800 seats. The facility also includes a weight room, a training room, a team-meeting room, several locker rooms for Vols, Lady Vols and two visiting teams, seven offices for coaches, a multipurpose room, an elevated timing booth and an improved Swimming and Diving Hall of Fame. [http://dailybeacon.utk.edu/showarticle.php?articleid=50904]