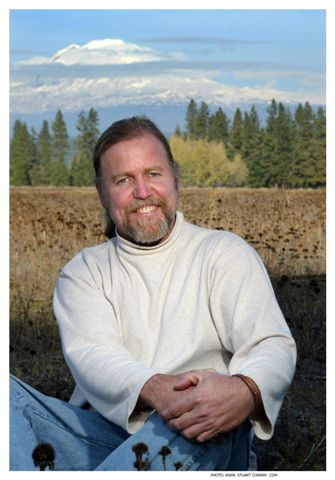 Gilliland was raised in a small desert town spending most of his time in nature. While in high school, he was captain of the water polo team and the swim team.

Gilliland went on to study the construction industry, grocery industry, and real estate industry and was on the board of directors for the chamber of commerce. He owned a California-based commercial real estate company called Pro Realty Management,

One day, while body surfing, a couple of waves forced Gilliland into the water, dislocating his shoulder and collapsing his diaphragm. After fighting the waves and making it to the top in order to get air, he noticed that he was incapable of breathing. It was at this point that he says his occurred.

After the incident, James said he gave up his material world in order to pursue a spiritual journey. He moved to Santa Cruz, , where he lived for six years, opening a meditation center during his time there. In 1986, he moved to Mount Adams, Trout Lake, , opening up his Sattva Sanctuary, a 70 acre mountain retreat dedicated for spiritual healing. He has also been operating the Self Mastery Earth Institute (SMEI) at his sanctuary.

Gilliland says his sanctuary is at an opening to a dimensional portal where extraterrestrial ships travel to and from . His first occurred after eight years of living on his sanctuary; while meditating in his home, he says that he heard a voice in his head originating from a UFO, and after leaving his meditation his sister ran inside informing him that a UFO was hovering over his house. Since then, Gilliland says that he has experienced close encounters with , Andromedans, extraterrestrials from the Orion constellation,

Gilliland also says that he has been in communication with , Archangel Michael, Archangel Gabriel, , Buddha, Mother Mary, , and Cazekiel, his main contact whom Gilliland says is also known as .

He currently has his own radio show called [http://www.bbsradio.com/bbc/as_you_wish.php As You Wish] .