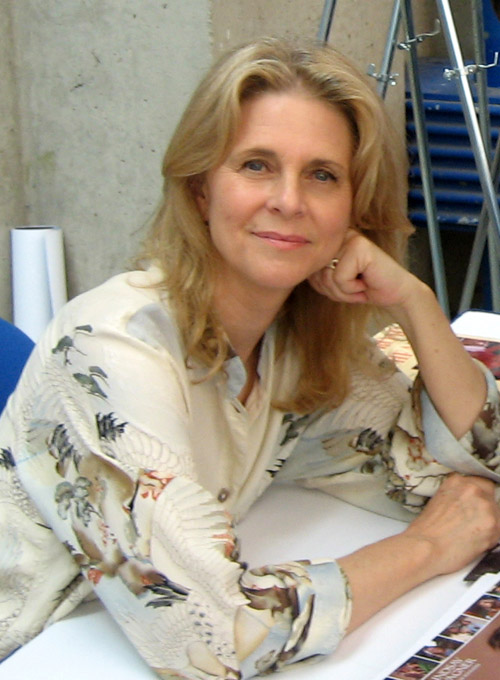 Lindsay Jean Wagner (born , ) is an winning American actress, best known for her role as Jaime Sommers in the 1970s "".

Wagner was born in Los Angeles, . When she was seven years old, her parents divorced and her mother moved with her to the northeast Los Angeles neighborhood of Eagle Rock, near Pasadena. Wagner might have been able to begin her acting career as a teenager when she was offered a lead role in a TV series at age 13 Fact|date=May 2008, but was advised by family friend to wait until she was older.

Another move with her mother and stepfather (Ted Ball) brought her to Portland, , where she attended and appeared in a number of school plays. She studied at the , overcoming to become a successful student Fact|date=May 2008.

Wagner worked as a model in Los Angeles, and gained some television experience by appearing as a hostess in "". However, it was not until she contacted a friend at and was cast in a small part in "" that her acting career took off. Her appearances helped her win roles in the films "Two People" and "". Wagner played a total of four different roles on the "Marcus Welby, M.D." series between 1971-75, as well as a recurring guest role in "".

In 1975, Wagner then played Jaime Sommers, a former pro who was the childhood sweetheart of "Six Million Dollar Man", Steve Austin (played by ). In a two-part episode entitled "The Bionic Woman", Jaime was critically injured in a accident and, at Steve's request, she was equipped with limbs similar to his own (with the exception of his bionic eye, as Jaime was equipped with a bionic ear instead). Unfortunately, Jaime's body rejected her new bionics and she later died.

This was intended to be Wagner's last role under her Universal contract, but public response to the character was so overwhelming that Jaime was "brought back to life" with her own series, "" (it was discovered that Jaime hadn't really died but had been put into cryogenic suspension until she could be cured). Like Steve, Jaime became an agent for the U.S. Government agency, the O.S.I., though, suffering from , she could not remember her love for Steve. However, the two would team up for several crossover episodes throughout the series' run. The role earned Wagner an for "Best Actress in a Dramatic Role" in 1977.

Following the cancellation of "" in 1978, Wagner continued to act, predominantly in television mini-series and made-for-TV movies. These included the highly rated 1980 mini-series "Scruples", as well as three made-for-TV Bionic reunion movies with between 1987 and 1994. Also in the 1980s, Wagner starred in two more weekly television series; "Jessie" (1984) and "A Peaceable Kingdom" (1989), though both of these were short-lived.

In 1987, Wagner wrote a series of books with Robert M. Klein about using to achieve results akin to a surgical .

Wagner was the spokesperson for Ford Motor Company.

More recently, Wagner has given seminars and workshops for her self-help therapy, "Quiet the Mind & Open the Heart", which promotes spirituality and meditation.

Wagner is related to "Dallas" star , as Gray's ex-husband is Ed Thrasher, one of Wagner's uncles. She and Gray also played romantic rivals in the television movie "" (1979), a project which was purchased for distribution in Japan and Europe only after the addition of a semi-nude scene (the only part of Wagner's career she openly regrets).Fact|date=May 2008

In 1979 Wagner held a ticket to , but due to an uneasy feeling about the flight, decided to cancel. The flight went down 30 seconds after takeoff, killing all onboard.