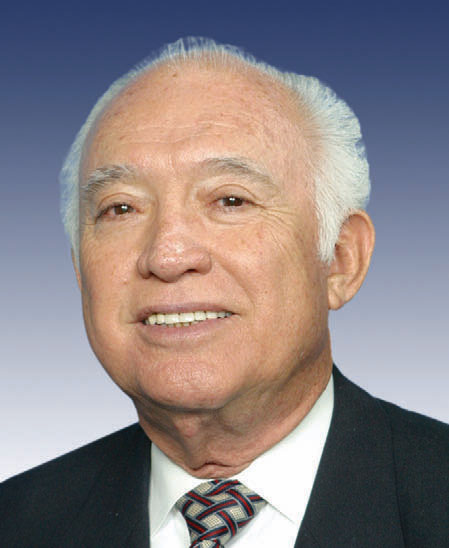 Solomon Porfirio Ortiz (born , in , ) is an American politician from the who currently serves in the from ushr|Texas|27 ( [http://nationalatlas.gov/printable/images/preview/congdist/tx27_109.gifmap] ) based in Corpus Christi.

Solomon Porfirio Ortiz was born in , , . His family had migrated to Texas from . Ortiz idenifies himself as a member of Church.As a young boy, he worked as a and an inker for the letter press of his hometown newspaper, The Robstown Record. During his jobs, he made friends with law enforcement officers. Ortiz was very impressed with the officers and he became fascinated with law and law enforcement because of them. He went to school at and attended from to .

When Ortiz was 16, his father died, leaving him to support the family. In , Ortiz decided to join the because it gave him a place to stay and a good way to make money. Ortiz got his education in the army, getting the equivalent of a high school diploma. He was trained in , Texas and then was sent to and , .

One day, an officer inspecting his barracks found books about crime investigations and police techniques. The officer asked if he was interested in police work, which he enthusiastically replied, "Yes". He was reassigned to the 61st Military Police Company Criminal Investigation Office. In Fort Gordon, Georgia, he received his advanced military police training until 1962. This was a step in the direction of his future government work.

Back in South Texas, Ortiz worked as an agent for three years. Then, his friends convinced him that he should run for the Nueces County Country Constable (Constable — A public officer similar to a sheriff also having judicial duties). They said that his experience in the Army would help.

In 1964, Ortiz began gathering support and talking to other Hispanics about what he would do for justice. Later, Ortiz realized that he had to pay a $600 filing fee to apply for the campaign. Ortiz talked to his mother about this and was surprised by her reaction. She said they would take out a $1000 loan, for the filing fee and to help pay the Hispanic poll tax.

Unluckily, soon after, the Voting Rights Act of 1965 was passed, which outlawed poll taxes. In his first election, Ortiz was sure he would fail, but he was amazed to find that he had made it into the runoff by defeating the current Constable. In 1965, he won the final election.

In 1982, due to Texas' population increase, the 27th District of Texas was created and Ortiz ran for the Congressional seat. He was elected as a Democrat to Congress in 1982 (taking office January 3, 1983), and he has served continuously since then. Ortiz was assigned to the House Armed Services Committee and the House Merchant Marine and Fisheries Committee. This assignment covers four military bases. Since then, Ortiz's specialty has become defense policy and the readiness of the Armed Forces.

Ortiz is currently the chairman of the Armed Services Committee's Subcommittee on Readiness.

During his terms in office, Ortiz has been working in the to create more industry and jobs in South Texas.

He is a senior member of two important committees, co-chair of the Border Caucus, House Depot Caucus and Naval Mine Warfare Caucus, and as dean of the Congressional Hispanic Caucus.Ortiz has passed many bills that relate to Energy and Water, development, transportation, Veterans, agricultural issues, homeland security, defense and the military.

During his time in the House, he has maintained a moderate voting record, with a reputation of bipartisanship. His voting record is not as liberal as has become typical of Hispanic Democrats — for example, he opposes in most circumstances.