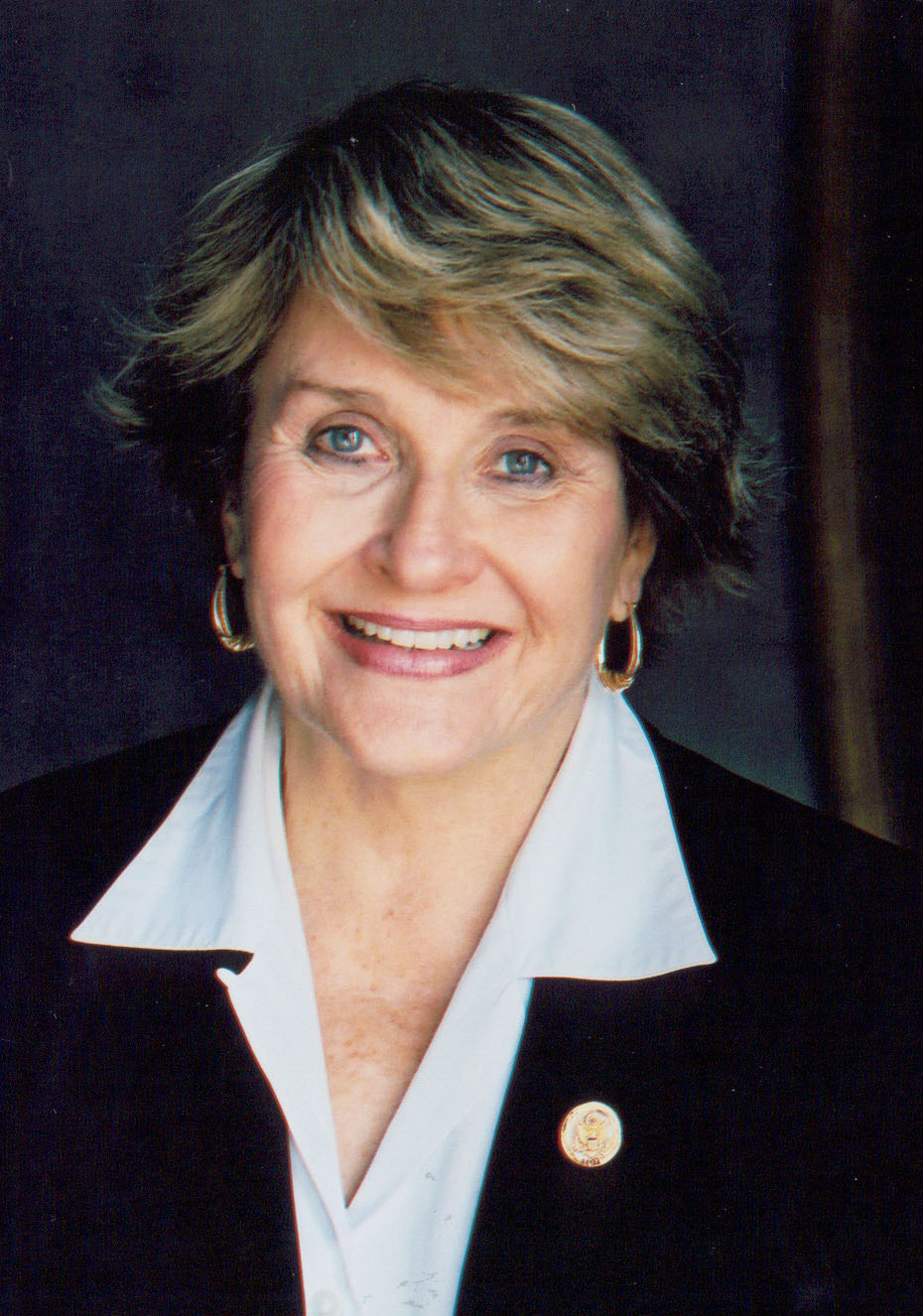 Louise McIntosh Slaughter (born , ) is an American Democratic Party , currently representing in the , and serving as chair of the powerful . The 28th district is based in Rochester and Buffalo and includes parts of Erie, Monroe, Niagara and Orleans Counties.

Slaughter was born Louise McIntosh to Oscar Lewis (Mack), a coal miner, and Daisy Grace McIntosh on , , in , a coal-mining town built by a subsidiary of . Louise had two brothers, Phillip and David as well as two sisters, Marjorie and Virginia. Her sister Virginia died of while she was a child; Louise would later cite this as her reason for earning degrees in and .

The family moved to Monticello, where Louise attended high school. After graduating from high school, she enrolled at the in Lexington, where she studied microbiology. After graduating with a , she went on to earn a in public health, also from the University of Kentucky.

After graduate school, she went to work for a major chemicals manufacturer doing market research. While traveling for work, she met Bob Slaughter, in , and later married him. After marrying, the couple moved to , a suburb of Rochester, where Bob had been offered a job. However, to this day, Slaughter still speaks with a pronounced Kentucky accent. They have three daughters.

Already involved in community groups like the Girl Scouts and the , Slaughter became increasingly concerned with local political and community issues. Slaughter decided to run for the Monroe County Legislature, finally winning on her third try. One and a half terms into her service on the County Legislature, she accepted an offer from then- New York Secretary of State to serve as his regional coordinator in the Rochester area. When Cuomo was elected lieutenant governor, Slaughter stayed on as his Rochester regional coordinator.

In 1982 local Democrats approached Louise with a desire to see her run for the State Assembly against the Republican incumbent, whom she eventually defeated by a narrow margin. She was reelected by 10 points in 1984. Criminal justice, women’s health and environmental legislation dominated her work in the State Legislature.

After four years in the state assembly, Slaughter decided to run for the Democratic nomination in . At the time, the district included downtown and eastern Rochester. Moderate Republican had represented the district for 20 years before giving way in 1985 to a more conservative Republican, . Slaughter managed a one-point victory in the 1986 midterm election, but has been reelected 11 more times without much difficulty. Slaughter was the first Democrat to represent the 30th District since 1910, as well as the first Democrat ever elected to a full term from the 30th since its creation in 1893 (it had been renumbered several times in the previous century) and the first woman elected to Congress from Western New York. She has never faced another contest nearly that close, and has been reelected 10 tiems.

Redistricting after the 1990 census added the rest of Rochester to Slaughter's district, now renumbered the 28th District. Her district had already been moving away from its moderate Republican roots, but the new territory made the district solidly Democratic. After the 2000 census, much of her district was merged with the Buffalo/Niagara Falls-based 29th District of fellow Democrat . Original plans called for LaFalce's district to be merged with that of Republican , who represented the other side of Buffalo. The new district retained Slaughter's district number. However, geographically it was more LaFalce's district, with only a narrow tendril extending from Rochester to Buffalo. However, LaFalce did not seek a 15th term, and Slaughter was easily reelected in 2002. In her last two campaigns, she has been reelected with more than 70 percent of the vote.

Slaughter serves on the Democratic Steering & Policy Committee. She is the Democratic Chair of the Congressional Arts Caucus and the Bipartisan . Louise also serves as Co-Chair of the Future of American Media Caucus and is former Co-Chair of the . After , the ranking member on the House Rules Committee, was defeated for reelection, Slaughter was appointed to this position, the first female member of Congress to serve in this post. After the 2006 elections, she became the first woman to chair this committee.

Despite representing a historically Republican area, Slaughter is one of the most liberal members of the New York congressional delegation from upstate New York. Indeed, among Congressmen from upstate, only fellow Democrat has a lower lifetime rating from the . She is one of several Democratic congressmen and senators who post at , a Democratic-oriented . She is also a member of the .

In early 2005, she authored the Fairness and Accountability in Broadcasting Act, or FAB Act, which would reinstate the , which has been criticized as an attempt to silence religious and conservative broadcasters [ [http://www.townhall.com/columnists/JaySekulow/2007/01/23/we%E2%80%99re_not_out_of_the_woods_yet Townhall.com::We’re Not Out of the Woods Yet::By Jay Sekulow ] ] . Drawing on her experience as a microbiologist with a master’s degree in public health, Slaughter has authored legislation to protect Americans from discrimination by health insurance providers and employers based on genetic makeup. Slaughter co-authored the in 1994 and wrote legislation to make permanent the Department of Justice’s Violence Against Women Office.

Slaughter has won increases in funding for women’s health. As a member of the House Budget Committee in the early 1990s, she secured the first $500 million earmarked by Congress for breast cancer research at the (NIH). She fought for legislation guaranteeing that women and minorities are included in all federal health trials and establishing an Office of Research on Women’s Health (ORWH) at NIH. In addition, along with Senator , she introduced the Women's Progress Commemoration Act which established the in 1998. [cite web |url=http://209.85.141.104/search?q=cache:SgN_ZKlBMBMJ:www.nps.gov/wori/planyourvisit/upload/women%27s%2520progress%2520commission%2520report.pdf+Congressional+Women%27s+Progress+Commemorative+Commission&hl=en&ct=clnk&cd=1&gl=us&client=firefox-a |title=Women's Progress Report 7/01 |accessdate=2008-08-03 |last= |first= |coauthors= |date=July, 2001 |format=html |publisher=]

, when it named its Center for Integrated Manufacturing Studies facility "The Louise M. Slaughter Building."

Rep. Slaughter became Chairwoman of the House Rules Committee during the 110th Congress, after the 2006 mid-term takeover of the House by the Democratic party.

Perhaps her greatest claim to fame, and a long and dedicated fight that she declared as "the greatest thing she has done in her time in Congress" is passage of the of 2008. She introduced and reintroduced this bill for 12.5 years, and could claim victory when the bill was signed into law on May 21, 2008.

Key: (i) = Incumbent
Source: Monroe County Board of Elections