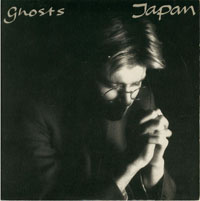 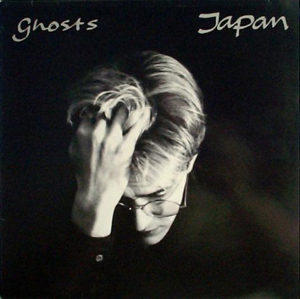 "Ghosts" was a single by the British band Japan from the 1981 album "". It reached No 5 in the UK chart in 1982. Although it was their biggest hit, this was not enough to stop the band splitting a few months later.

"Ghosts" has been cited by several music commentators as one of the most unlikely track ever to reach the Top 5 in the UK singles chart, as it is a minimalist, morose ballad, incorporating sound-effects reminiscent of some of 's seminal from the 1950s. Bereft of drums, the track would not be described as a commercially viable single in most circumstances. However, Japan's popularity at the time, in addition to the early 1980s fashion for New Wave / music, allowed the single to become unexpectedly popular.

In 2000 David Sylvian re-recorded "Ghosts" using the original Japan backing track and included it on his compilation "".

A cover of Ghosts is available on the song list for the dance game .

The song has been said [http://darshan.zaadz.com/blog/2006/11/japan_ghosts] to herald the future style of singer 's solo career.

The line "and I've no particular place to go" perhaps references the song by .

This song was covered by Tenth Planet in 2000 as a dance track.

The song was played in episode six in the new series of "Ashes to Ashes", a spin-off of "Life on Mars", and, since April 2008, it has been used in the trailers for another BBC series, "Waking the Dead".