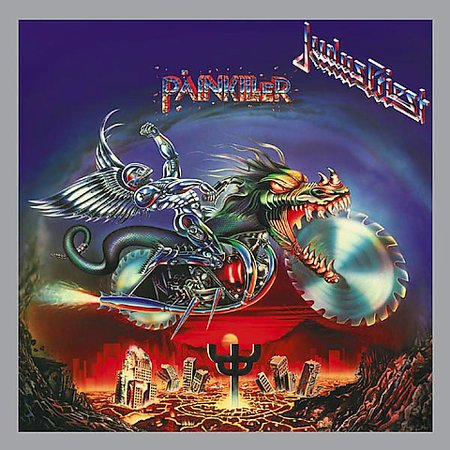 "Painkiller" is a 1990 gold-certified album by British heavy metal band . The album was recorded at Miraval Studios, in early 1990, and mixed at Wisseloord Studios, , the later that year. It was the first album with current drummer . The original LP, cassette and CD versions were released on September 3, 1990. A re-mastered CD was released in May 2001. The album received a nomination for Best Metal Performance at the February 20, 1991 33rd Annual .

Following the poor sales of the album "",Fact|date=October 2007 which was itself an attempt at reconciling with the public over the perceived sellout, "Turbo",Fact|date=October 2007 Judas Priest returned to their classic '70s style, while borrowing contemporary techniques, resulting in their most critically acclaimed album in a decade. The album is viewed by some as the quintessential speed metal album and the style proved highly influential to European bands such as Gamma Ray and Primal Fear.

Following the tour for this album, singer left the band and maintained little contact with his former bandmates throughout the 1990s. The reason for this was due to growing tension in the band, although not, as popularly attributed, because of Halford's . Halford wanted to create his new band, Fight, and had to legally leave Judas Priest to allow his creation to be sold. Judas Priest declared that they did not exist anymore after Halford had left. However, they would record and tour a few years later, with singer , on the albums "" and "Demolition".

The most noticeable feature of the Painkiller, besides his metal body is that he 'rides the metal monster'; a motorcycle with a dragon for the chassis and two circular saws for wheels.