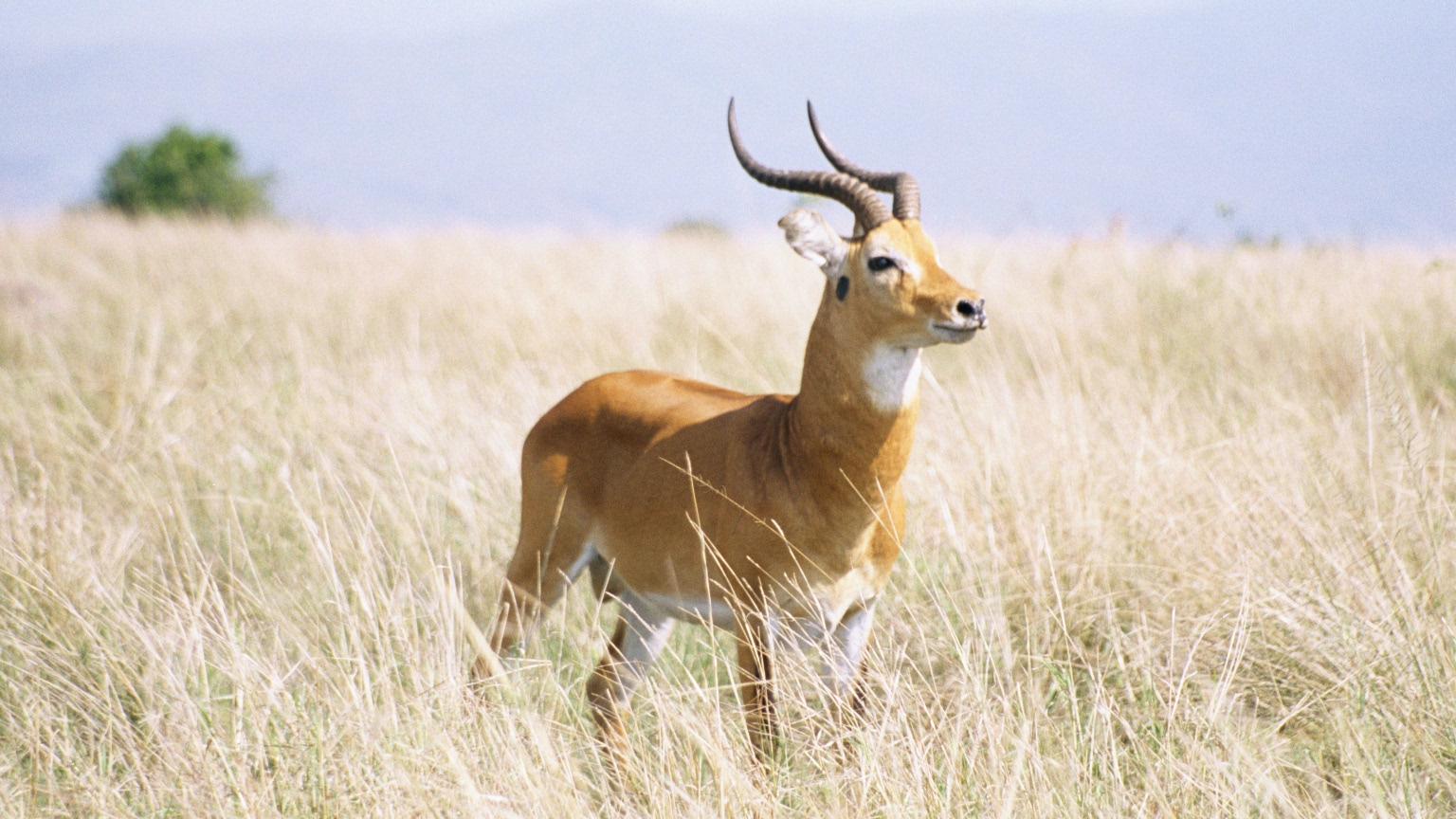 Kob stand 70 to 100 centimetres at the shoulder and weigh from 80 to 100 kilograms. Their backs are an orange-red colour, which lightens to white on the undersides and legs. There are white rings around the eyes and a black stripe down the legs. The short ringed horns, found only in males, are around 50 centimetres in length and arch out slightly so that they are somewhat 'S' shaped in profile.

Kob are found in wet areas (such as s) where they eat . Kob are diurnal, but inactive during the heat of the day. They live in groups of either females and calves or just males. These groups generally range from five to forty animals.

Among the Kobs of Eastern Africa, the ("Kobus kob thomasi") appears on the , and the White-eared Kob ("Kobus kob leucotis"), found in and , participate in large-scale migrations.

Males are territorial and in some areas are found patrolling circular territories less than thirty metres across surrounded by other males guarding similar territories, these groups of territories are called "leks" and rarely contain more than fifteen animals. The male patrols the border of his territory whistling loudly and may only hold the territory for a week before moving on, typically with several other members of the lek.

Females reach sexual maturity at 13 months and males at around 18 months; at this point, male sub-adults usually leave the group and stake out territory in a lek. One young is born after a gestation period of 7.5-9 months. While births may occur throughout the year, in drought-prone areas there is a peak at the end of the rains (September-December).

After birth, the young lie concealed for about six weeks; after which time, they follow their mothers. They are weaned after about 6-7 months.

The behavior of the kob has been an influential example in the development of the field of . cites several key behaviors (based on research by Helmut K. Buechner at Washington State University [cite book
last = Ardrey
first = Robert
authorlink = Robert Ardrey
title = The Territorial Imperative
publisher = Atheneum
year = 1966
location = New York
pages = 390 ] ):
*Male kobs compete for territory, never for females.
*On a kob stamping ground (called a "lek" by later researchers), the "proprietor" of the territory almost always wins any fight.
*The psychological advantage of the proprietor reduces the incidence and severity of actual fighting.
*Antagonism between male kobs is confined to the stamping ground.
*Copulation occurs nowhere but on the stamping ground.
*Populations of kob do not mix.
*"Attachment to a piece of ground is stronger than to the female herd."