Under the Radar (Grade album)

Under the Radar (Grade album) 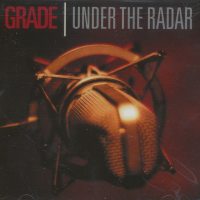 "Under the Radar" is the first full length studio album by the hardcore band Grade. It was released by on , .

# "The Inefficiency of Emotion"
# "For The Memory of Love"
# "Seamless"
# "The Tension Between Stillness and Motion"
# "Victims of Mathematics"
# "A Year in the Past, Forever in the Future"
# "The Worst Lies Are Told in Silence"
# "Second Chance at First Place"
# "Stolen Bikes Ride Faster"
# "When Something Goes to Your Head"
# "Triumph and Tragedy"