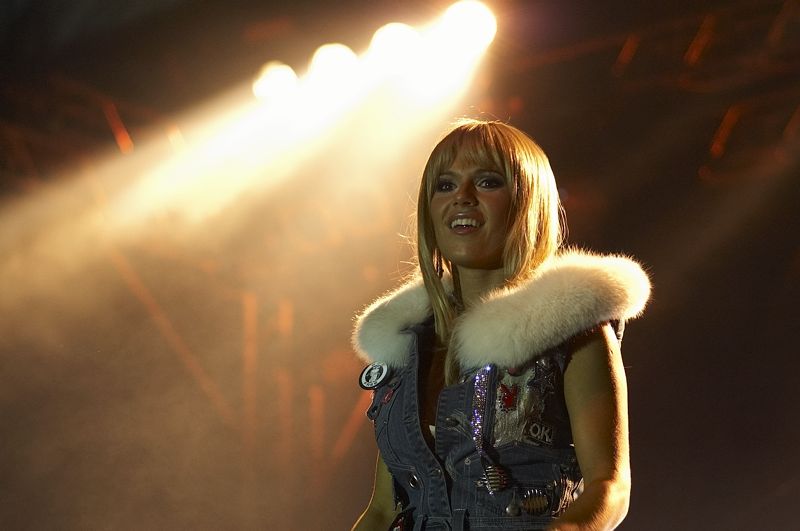 First album sold in edition over 13.000 copies entitled Virgin. The songs on this disc were written by – Doda, Andrzej Mogielnicki, Anja Orthodox and Asia Prykowska. After the release of this debut disc it was nominated for a in the category of New Face of Music 2002, the group intensively gave concerts, while, working on their second disc. This album showed the group's rock side and it's musical aspirations. This album had 16 songs. Besides, it included Madonna cover . Whilst promoting this album, Doda, took part in the reality TV show broadcast on , called " "Bar" ".

May 2004 was when the second album titled Bimbo, was released. The title of this album signifies in American slang “slut”. Dorota chose this title to caution "All the silly people, who think her as a whore". On the new CD, eleven of her compositions can be found. The words for two of the songs "Bar" and "Ulica" we written by Anja Orthodox. The singles released from this CD were "Dżaga", "Kolejny raz" and "Nie zawiedź mnie". Also on this CD, was a guest appearance in the song "Nie Oceniać Jej" by Arkadiusz “Arekcore” Stępień, who is a guitarist and vocalist from the group "Ametria".

For "" there were 2 versions of the video clip (one of them includes uncensored photos ). One of main roles in this clip was played by , goalkeeper of club . Music on Bimbo was continuation of the themes of the first album . It was melodious rock still, it does not scant in which original sharp equal , as well as quiet, romantic ballads.

In 2004, the group parted with its bass player Krzysztof Najman, (former husband Anji Orthodox) and drummer Piotr " Posejdon " Pawłowski. As a result of several months of searching and auditions, the place of Krzysztof Najmana was taken by bass player Łukasz Damm from , and Peter Pawłowski was substituted by percussionist Pitr Matsiak from .

The new CD , was released on with these new musicians. The title comes from Italian language word meaning “sheath”. With this CD is enclosed an unpublished photo session of the musicians.

The first single from this album was " ", and it won the Słowika Publiczności at the 42. Sopot International Song Festival in 2005, which is voted by the public. This song wades is homage for , and deviates from the group's previous rock tone to a more melodious pop ballad. The second single from from this CD was " ", which successfully stayed in the charts for a long time. The next single was " ", which was composed specially for the Festival in Opole.

On the , the second edition of the album was released, which featured short clips recorded by Doda and her husband from their vacation as well as the music videos to both "Znak pokoju" and "2 bajki".

At the 2006, the group received a Superjedynka in category of best POP CD, and also performed the new song " " in the Premiere concert, which they won the audience vote.

On 14 June, the third edition (second re-edition) of the CD was published in a maxi version. For this edition, the addition included the song "Szansa" and "Nie zawiedź mnie" (live version) as well as karaoke versions of "Znak pokoju" i "Szansa". A special recording taken during the Opole Festival and another vacation clip is also added to this version of the CD.

On , on the official website of the band a statement from Tomasz Lubert appeared which said that he is finishing his involvement with the group Virgin. decide continue career as soloist.