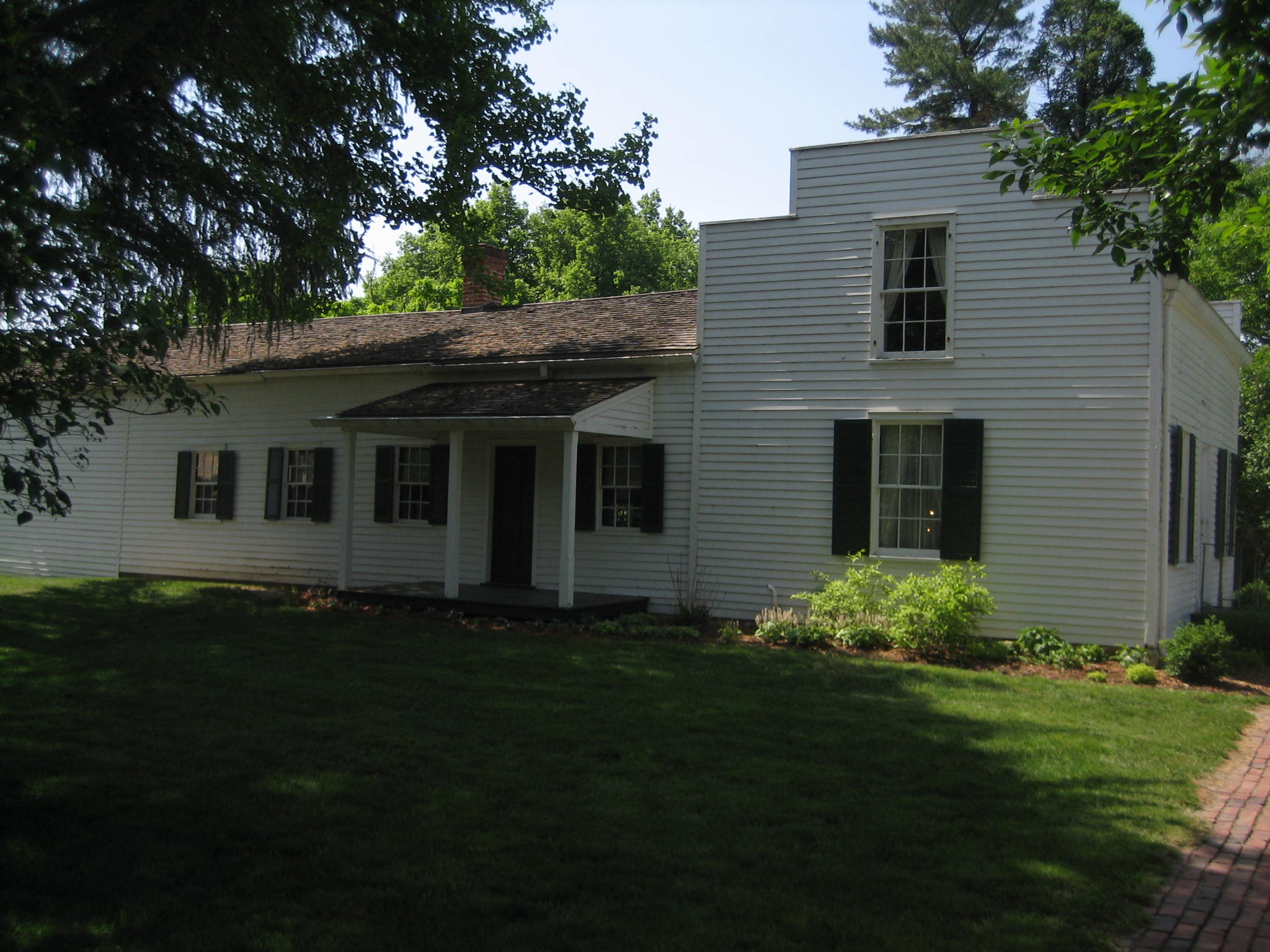 The John Deere House and Shop is located in the unincorporated village of , near the Lee County city of Dixon. The site is known as the location where the first was invented by John Deere in 1837. The site includes 's house, a replica of his original shop, a gift shop and an archaeological exhibit showing the excavation site of his original blacksmith shop. The Deere House and Shop is listed on the , it joined that list in 1966, the year the Register was established. Prior to that it was designated a National Historic Landmark on , .

In 1836, native Vermonter John Deere set out from to Grand Detour, Illinois, founded by his friend and fellow native Leonard Andrus. The town lacked a local blacksmith, Deere's trade, and within two days Deere had a and new business established. In Vermont, Deere produced s made from and when he first arrived in he produced the same plows. Soil conditions in Illinois differ from those in Vermont. In Vermont the soil is sandy and falls easily away from the plow blade but in Illinois the soil is thicker and wetter; it stuck to the plow and had to be scraped off by the farmer as he plowed.

There are varying tales as to the inspiration for Deere to create the invention he is famed for, the . In one version he recalled the way the polished tines moved through hay and soil and thought that the same effect could be obtained for a plow. By early 1838 Deere completed his first and sold it to a local farmer, Lewis Crandall. Crandall spread word of his success with Deere's plow quickly, two neighbors soon placed orders with Deere. By 1841 he was manufacturing 75 plows per year and 100 plows per year in 1876.

The John Deere Historic Site in is operated by the John Deere Company and has five components. Outside of the perimeter, which is surrounded by a white, wooden fence are two acres of prairie restoration. Inside of the fenced area is the replica shop, the John Deere House and the visitor's center which is a gift shop. Also on the grounds is a building which houses the 1960s site.

The John Deere House was built in 1836 when Deere arrived in Grand Detour and the building was added onto as his family grew. It is furnished with period furniture and household objects that would have been common around the time the Deere family occupied the home. The house has two levels with four rooms on the main level and two rooms upstairs. Each of the upstairs rooms is accessible via a private staircase and it is believed one of the rooms was used by Deere's s while the other was used as a children's bedroom.

The front entry leads into the living room where polished wood is found throughout as well as 19th century furnishings. The front room is part of the original building which consisted of one room. The room acted as the Deere's kitchen, living room, bedrooms, essentially everything. Deere eventually added onto the house, including a bedroom and an upstairs . The first floor bedroom would have been used for John and Mrs. Deere, and possibly a couple of the children while the upstairs room would was used for the rest of the children. The Deeres left the home in 1847 when they moved to .

The original shop on the site is long gone, however, in 1962 an archaeological team made of students from the University of Illinois approached the Deere Company about excavating the site where the shop once stood.

The John Deere House and Shop is historically significant for its influence in the areas of commerce, agriculture, industry, and invention.