Latin Europe, also known as the Romance-speaking nations of Europe, is a region of which is said to have several cultural aspects in common including the use of a officially, co-officially, or unofficially. Romance languages share a common background, all being descendants of . The countries not only have a sense of community Fact|date=May 2008 with regards to Latin Languages, but share as the prevalent religion, with the exceptions of the eastern division of the region, including and the , where is dominant. Also, the majority of all countries of Latin Europe have status within the (which also includes non-European countries in the , , and ).

300px|left|thumb|Distribution of major Romance languages:">col-endLatin languages (often referred to as ) are a branch of the Indo-European language family, comprising all the languages that descend from , the language of the . They have more than 700 million native speakers worldwide, mainly in the , , and , as well as in many smaller regions scattered through the world.

All Romance languages descend from , the language of soldiers, settlers and merchants of the , which was somewhat different from the of the Roman . As a result, the group shares several linguistic features that set it apart from other Indo-European branches. 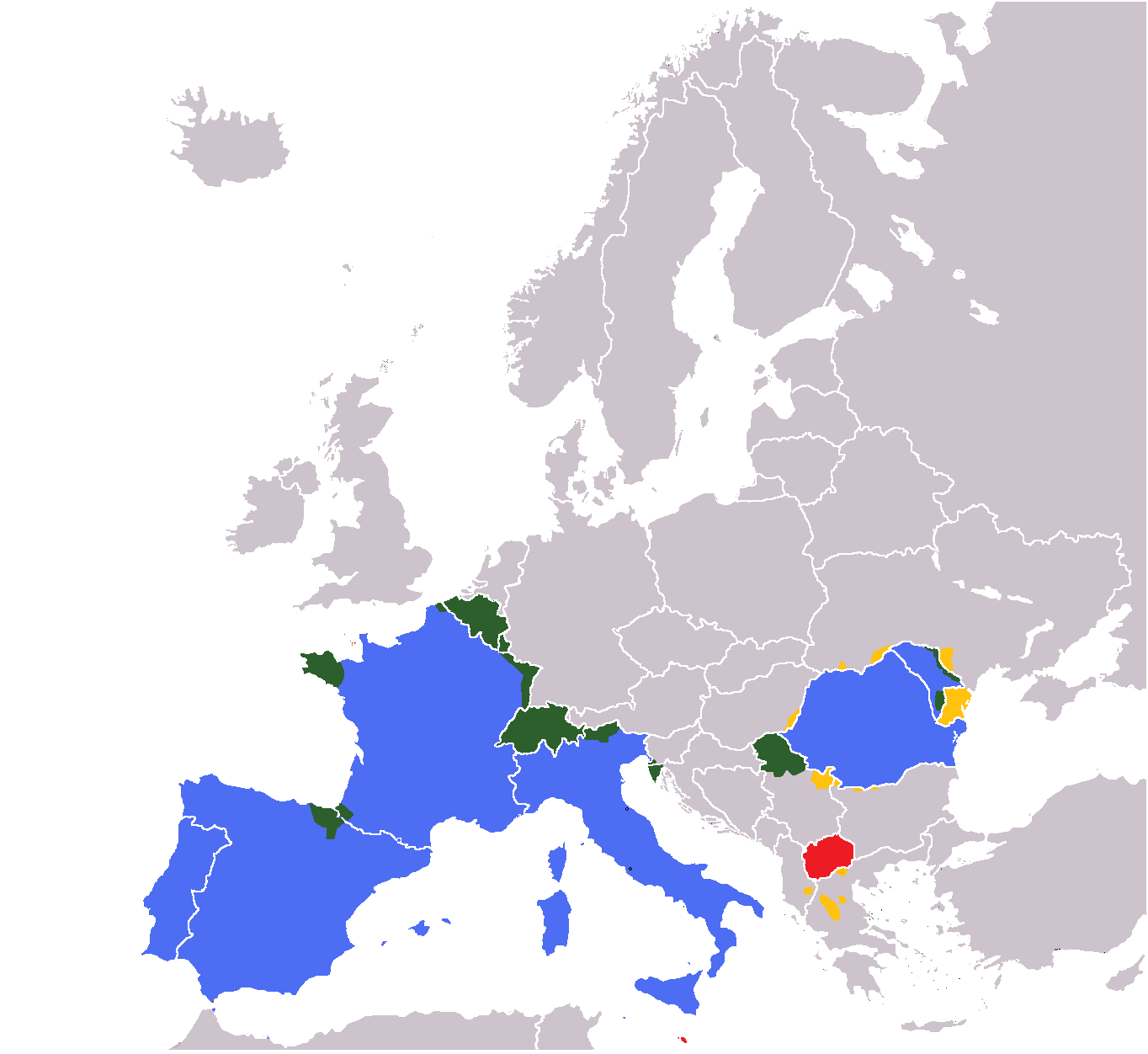