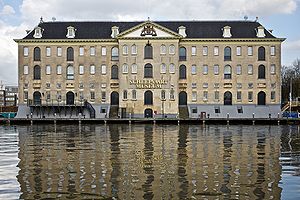 Daniël Stalpaert or Daniel Stalpert (1615, Amsterdam - buried 3 December 1676, Amsterdam), was a Dutch architect who worked on the new town hall of Amsterdam, now the Royal Palace. 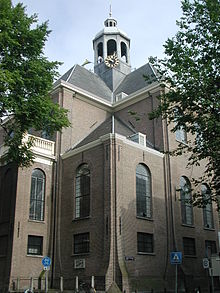 He was appointed city architect in 1648. It was part of his job to complete the Town Hall on the Dam Square in Amsterdam, which had been designed by Jacob van Campen. Stalpaert also played a major role in the 1663 urban expansion plan. He designed the city gates in an austere style. Stalpaert was responsible for 's Lands Zeemagazijn (1656), the building which currently houses the collection of the Dutch Maritime Museum.He also designed the Oosterkerk in 1669-1671.