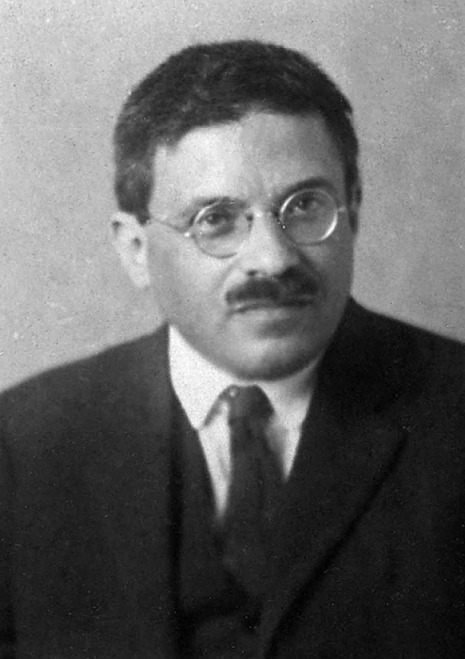 Paul Ehrenfest was born and grew up in in a family that was originally from a town of in . His parents, Sigmund Ehrenfest and Johanna Jellinek, had a thriving grocery store. Although the Ehrenfests were not very religious, Paul nevertheless took courses in Hebrew and the history of the Jewish people. Later he always emphasized his Jewish roots.

Although Ehrenfest excelled in grade school, he did not do well at the Akademisches Gymnasium, his best subject being . However, after he transferred to the Franz Josef Gymnasium, things improved and in 1899 he successfully passed the final exams.

He majored in at the , but he also took courses at the , in particular from on his of . These lectures had a profound influence: they were instrumental in stimulating Ehrenfest’s interest in , defined his main area of research for years to come, and provided an example of inspired teaching. At the time it was customary in the German-speaking world to study at more than one university and in 1901 Ehrenfest transferred to , which until 1933 was an important centre for mathematics and theoretical physics. There he met his future wife Tatyana A. Afanasyeva, a young mathematician born in the but educated in . In the spring of 1903 he became acquainted with H.A. Lorentz during a short trip to .

In the meantime he prepared a dissertation on a topic in classical mechanics entitled "Die Bewegung starrer Körper in Flüssigkeiten und die Mechanik von Hertz" (The motion of rigid bodies in fluids and the mechanics of Hertz). He obtained his Ph.D. degree on , in Vienna, where he stayed from 1904 to 1905.

The Ehrenfests returned to Göttingen in September 1906. They would not see Boltzmann again: on he took his own life in near . Ehrenfest published an extensive obituary in which Boltzmann’s accomplishments are described.

, the doyen of the Göttinger mathematicians and chief editor of the "Enzyklopädie der mathematischen Wissenschaften", had counted on Boltzmann for a review about . Now he asked Ehrenfest, known to him from publications and a seminar, to take on this task. Together with his wife, Ehrenfest worked on it for several years; the article was not published until 1911. It is a review of the work of Boltzmann and his school, and shows a style all of its own: a sharp logical analysis of the fundamental hypotheses, clear delineation of unsolved questions, and an explanation of general principles by cleverly chosen transparent examples.

In 1907 the couple moved to . Ehrenfest found good friends there, in particular A.F. Joffe, and soon felt at home, though scientifically somewhat isolated. Moreover, as an Austrian citizen and of Jewish origin, he had no prospect of a permanent position. Early in 1912 Ehrenfest set out on a tour of German-speaking universities in the hope of a position. He visited where he saw , where he saw his old friend Herglotz, where he met , then , Vienna. While in he met for the first time, and they remained close friends thereafter. Einstein recommended Ehrenfest to succeed him in his position in Prague, but that did not work out because he was without religious affiliation. Sommerfeld offered him a position in Munich, but Ehrenfest received a better offer; at the same time there was an unexpected turn of events. H.A. Lorentz resigned his position as professor at the University of Leiden, and on his advice Ehrenfest was appointed as his successor.

Professor at the University of Leiden

In October 1912 Ehrenfest arrived in Leiden, and he gave his inaugural lecture "Zur Krise der Lichtaether-Hypothese" (About the crises of the light-ether hypothesis). He remained in Leiden for the rest of his career.

Ehrenfest brought about major changes in the tranquil local culture of physics in Leiden. In order to stimulate interaction and exchange between physics students he organized a discussion group and a fraternity, following the example he had encountered in Göttingen. He maintained close contact with nearly all prominent physicists within the country and abroad, and invited many of them over for a visit to Leiden, and to give a presentation for the famous [http://www.lorentz.leidenuniv.nl/history/colloquium/colloquium.html seminar series] he organized. Ehrenfest was an outstanding debater, who was quick to point out weaknesses and summarize the essentials. He invited promising young foreign scientists to come for an extended period to Leiden, and his own students were encouraged to spend time abroad. This way he created an international school of theoretical physics, and almost all of his graduate students went on to pursue a successful scientific career of their own. Ehrenfest was renowned for his clear teaching. In his lectures he would focus on simple models and examples to illustrate and clarify the underlying assumptions, and tried to avoid mathematical rigor. His classes were small, and the students had a very good interaction with him. He always made an effort to get to know every student who made use of the reading room of his [http://www.lorentz.leidenuniv.nl/ Institute for Theoretical Physics] . Though few of them were accepted as majors in Theoretical Physics, he had long discussions with them almost on a daily basis. According to Einstein: "He was not merely the best teacher in our profession whom I have ever known; he was also passionately preoccupied with the development and destiny of men, especially his students. To understand others, to gain their friendship and trust, to aid anyone embroiled in outer or inner struggles, to encourage youthful talent &mdash; all this was his real element, almost more than his immersion in scientific problems". If Ehrenfest felt that there was little more he could teach his students, he would send them to other centers in Europe for more training. He would also encourage them to accept positions abroad.

Among his students were Johannes Burgers, Hendrik Kramers, , George Uhlenbeck and Samuel Goudsmit, who became famous for jointly proposing the concept of electron spin, , Arend Rutgers, , Gerhard Dieke, Dirk Struik, and . His assistants included , , , Paul Epstein, and . Other young foreign scientists who spent an extended period in his laboratory included , , , , , Walter Elsasser, , , , and David Dennison.

Most of Ehrenfest's scientific papers deal with fundamentals, and seek to clarify single points. His publications are renowned for clarity, by solving paradoxes or by providing clearer descriptions, or are inspiring by posing penetrating questions. His approach to science is best illustrated by what he wrote to in the summer of 1928, after Oppenheimer invited himself for an extended stay in Leiden: "If you intend to mount heavy mathematical artillery again during your coming year in Europe, I would ask you not only not to come to Leiden, but if possible not even to Holland, and just because I am really so fond of you and want to keep it that way. But if, on the contrary, you want to spend at least your first few months patiently, comfortably, and joyfully in discussions that keep coming back to the same few points, chatting about a few basic questions with me and our young people- and without thinking much about publishing (!!!)-why then I welcome you with open arms!! ". Characteristically, he did not like the abstraction of the new quantum theory of Heisenberg and Dirac.

Ehrenfest’s most important contribution in the period from 1912 up to 1933 is the theory of s. It is a concept from that on one hand can serve to refine certain methods of the provisional mechanics of the atom – even though initially Ehrenfest did not accept Bohr’s ideas - and on the other hand makes a link between atom mechanics and statistical mechanics. He made major contributions to , including the theory of and the . His name is also given to the , an apparent paradox in relativity still discussed today, and to , the time characterizing the departure of quantum dynamics for observables from classical dynamics.

Ehrenfest was also interested in developing mathematical theories in economics. This interest was stimulated by his notion that there should be an analogy between thermodynamics and economic processes. While this did not result in publications, he did encourage his graduate student Tinbergen to follow up on this. Tinbergen's thesis was devoted to problems both from physics and economics, and hewent on to become an economist and was awarded the first in 1969.

' thesis defense, he wrote to Ehrenfest: "I am sitting and thinking of all what you have told me about so very many different things, and whatever I think of I feel that I have learned so much from you which will be of great importance for me; but, at the same time, I wish so much to express my feeling of happiness over your friendship and of thankfulness for the confidence and sympathy you have shown me, I find myself so utterly incapable of finding words for it".

On his invitation Einstein accepted in 1920 an appointment as extraordinary professor at the University of Leiden. This arrangement allowed Einstein to visit Leiden for a few weeks every year. At these occasions Einstein would stay at Ehrenfest's home. In 1923 Einstein stayed there for 6 weeks, after German ultra-nationalists in Berlin had made threats against his life.On the occasion of the 50th anniversary of Lorentz' doctorate (December 1925) Ehrenfest invited both Bohr and Einstein over to Leiden, in an attempt to reconcile their scientific differences about the emerging quantum theory. These discussions were continued at the 1927 , where Ehrenfest much to his dismay had to side with Bohr's position in this great debate.

From the correspondence with his close friends of May 1931 it appears that Ehrenfest suffered from severe depression. By August 1932, Einstein was so worried that he wrote to the Board of the University of Leiden, expressing deep concern and suggesting ways in which Ehrenfest's workload could be reduced.

In , on September 25, 1933, he lost his battle with depression. Having made arrangements for the care of his other children, he first shot his younger son Wassik, who had , then killed himself.