North Platte is a city in and the county seat of Lincoln County, Nebraska, United States.[3] It is located in the southwestern part of the state, along Interstate 80, at the confluence of the North and South Platte Rivers forming the Platte River. The population was 24,733 at the 2010 census[4].

North Platte is a railroad town; Union Pacific Railroad's large Bailey Yard is located within the city. Today, North Platte is served only by freight trains, but during World War II the city was famous for the North Platte Canteen. Tens of thousands of volunteers from North Platte and surrounding towns met the troop trains passing through North Platte, offering coffee, sandwiches and hospitality.

North Platte is the principal city of the North Platte Micropolitan Statistical Area, which includes Lincoln, Logan, and McPherson counties.

North Platte experiences a dry continental climate (Köppen Dfa) with moderately long, cold and dry winters and hot, relatively wet summers. Precipitation is low, with an annual average of 19.3 inches (490 mm), but is not low enough for North Platte's climate to be classified as semi-arid.

There were 9,944 households out of which 31.0% had children under the age of 18 living with them, 49.8% were married couples living together, 9.6% had a female householder with no husband present, and 37.4% were non-families. 31.9% of all households were made up of individuals and 13.0% had someone living alone who was 65 years of age or older. The average household size was 2.34 and the average family size was 2.97.

North Platte is home to the world's largest railyard, Bailey Yard. The Golden Spike Tower and Visitor Center is an eight story building which overlooks the expansive railroad staging area. The tower and visitor center are open to the public year-round.[7]

Lincoln County Historical Museum contains a display detailing the history of the North Platte Canteen, which greeted 6.5 million service personnel from Christmas Day 1941 through April 1, 1946. It also contains a Prairie Village with local landmark homes and other buildings, including a Pony Express station and pioneer church among many others. 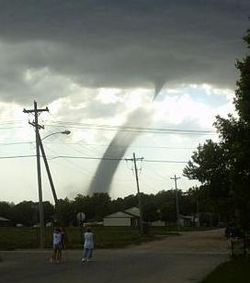 Two deputies investigated the sighting of unidentified flying objects in the sky south of Brady Nov. 21, 2008 according to Lincoln County Sheriff Jerome Kramer. Although both deputies and the man who called to report the lights dancing in the sky observed them for more than 15 minutes, they could offer no explanation about what they were.[9]