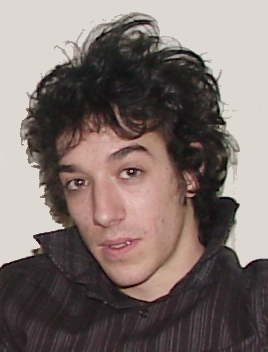 Ali Boulala (born , in , ) is a professional who rides for , , and . He is known for his relaxed but flamboyant style and filmed notable parts in the Flip videos "Sorry" and "Really Sorry", "Subject to Change" and also appeared in numerous videos.

Born in , Boulala is of n and Swedish descent. His mother, Raija Boulala, is Finnish.

His approach to skateboarding concentrates on the unusual or unobvious, preferring to skate unfilmed spots and experiment with tricks. He is also famous for his unprecedented attempt at ollieing a twenty-five stair in . This famous attempt was featured in Flip Skateboard's 2002 video release, "Sorry". He is also famous for having a part in all of the Baker Skateboard Videos.

Swedish-born Boulala has pioneered skating manoeuvres, featured in skateboarding videos, featured on the front cover of Transworld Skateboarding magazine and designed his own shoes. About 100,000 skateboards have been sold carrying his name since he turned professional in 1997.

He has a pro shoe with which features the thinnest cupsole from Etnies with G2 gel. He has since been released from the Etnies roster, most likely because he is currently in jail.

On , , Boulala was the rider of a in an accident that killed amateur . When Boulala arrived at a hospital, his injuries were too severe for him to be kept conscious and he was placed in a medically induced until his vital signs and health stabilized.

Boulala is now in jail, having been sentenced for 4 years because of Shane Cross' death. (Flip Skateboards website)