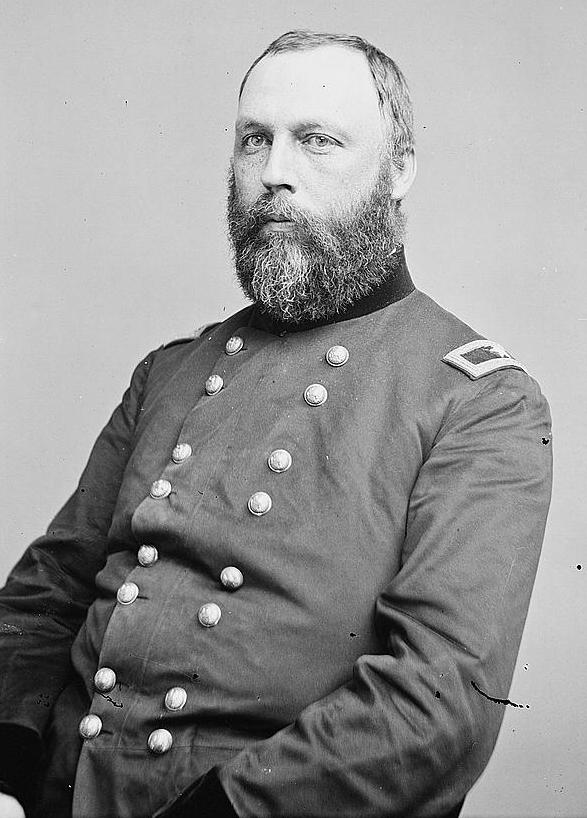 William Alexander Hammond, M.D. ( &ndash; ) was an American neurologist and the 11th Surgeon General of the U.S. Army (1862-1864). In addition to his pioneering work in neurology and his military service, especially during the Civil War, he founded the Army Medical Museum (now called the ), [cite web | title = About Us: History of the National Museum of Health and Medicine | url= http://nmhm.washingtondc.museum/about/about.html | accessdate = 2007-01-24] co-founded the , [cite web | title = William Alexander Hammond | url= http://www.whonamedit.com/doctor.cfm/542.html | accessdate = 2007-01-24] and gave his name to "Hammond's disease", a type of which he was the first to describe in 1871. [cite web | title = Hammond's disease | url= http://nmhm.washingtondc.museum/about/about.html | accessdate = 2007-01-24]

William Hammond was born in Annapolis, , but moved to Harrisburg, at the age of five and spent the remainder of his childhood there. He received an M.D. from the University of the City of New York at the age of twenty, and after an internship and a few months in a private practice, he became an Assistant Surgeon in the U.S. Army in July 1849. His work in the army during his first stint (1849-1860) was primarily in the west; here Hammond notably served as the medical director of .

On , Hammond left the Army and accepted chairship of and at the medical school. Here he taught and worked until the beginning of the Civil War.

After working as a surgeon in the Baltimore Infirmary, Hammond rejoined the Army on , a month and a half after the beginning of the war. Though he began in a position lower than that which he had previously held, he was soon promoted to be the inspector of camps and hospitals for General , who was then stationed in West Virginia. The Sanitary Commission, which was dissatisfied with the current medical administration, as well as several other advocates including Major General , eventually successfully lobbied to have William Hammond appointed as Surgeon General.

Hammond immediately began instigating reforms. For instance, entrance to the Medical Corps was reorganized and expectations for new recruits were increased. He founded the and in 1862, and suggested many increases of the presence of medicine in Washington, including the establishment of a permanent hospital corps, a permanent general hospital, and a medical laboratory for the military. These recommendations were all manifested eventually, but at the time many of them led to dissent within the Army medical community. In the late summer of 1863, Hammond was ordered to leave Washington and instead oversee operations in New Orleans, , while assumed the position of Surgeon General in Hammond's place. Hammond demanded either to be reinstated in his office in place of Barnes, or to be sent to trial by court-martial. The latter eventually took place, and in a questionable verdict, Hammond was found guilty of "irregularities" concerning the purchase of medical supplies and was relieved of duty on .

After leaving the Army, Hammond moved to , where he began to focus more on . He became professor of nervous and mental diseases at the Bellevue Medical College in 1867, and took on a professorship on the same subjects at the University of the City of New York in 1874, as well as occasionally teaching at the and the Post Graduate Medical School of New York. In December 1874, Hammond founded the American Neurological Association (ANA) along with six others. Besides the ANA's journal "Annals of Neurology", Hammond was also responsible for the creation or editorship of several other medical journals.

In 1878, Congress exonerated Hammond, and he was restored to the list of retired army personnel on , though he remained without allowances or pay. In 1888, he moved back to Washington, D.C., where he founded a . He spent the remainder of his life there and died on at his home due to heart problems. He is buried at , where he lies in section 1, grave 465. [cite web | title = William Alexander Hammond | url= http://www.arlingtoncemetery.net/whammond.htm | accessdate = 2007-01-24]

* (1857) "Experimental Research Relative to the Nutritive Value and Physiological Effects of Albumen Starch and Gum, when Singly and Exclusively Used as a Food"
* (1863) "Treatise on Hygiene, with Special Reference to the Military Service"
* (1866) "On Wakefulness: With an Introductory Chapter on the Physiology of Sleep"
* (1869) "Sleep and Its Derangements"
* (1871) "Physics and Physiology of Spiritualism"
* (1871) "Treatise on Diseases of the Nervous System" (much of this work was drawn from lectures given by , and it was also the earliest American treatise about neurology)
* (1883) "A Treatise on Insanity in its Medical Relations" ( [http://books.google.com/books?id=Q8rhZS7U8NQC&vq=mysophobia&dq=mysophobia+-wikipedia&output=text readable online] from )