The Italian Democratic Socialist Party (Italian: Partito Socialista Democratico Italiano, PSDI) is a minor social-democratic political party in Italy. Mimmo Magistro is the party leader. The PSDI, before the 1990s decline in votes and members, had been an important force in Italian politics, being the longest serving partner in government for Christian Democracy.

Longstanding PSDI leader Giuseppe Saragat served as President of the Italian Republic from 1964 to 1971.

The years of the First Republic

The party was founded as the Socialist Party of Italian Workers (Italian: Partito Socialista dei Lavoratori Italiani, PSLI) in 1947 by a splinter group of the Italian Socialist Party (PSI), due to the decision of the latter to join the Italian Communist Party (PCI) in the Popular Democratic Front's electoral list for the 1948 general election.

The split, led by Giuseppe Saragat and the sons of Giacomo Matteotti, took the name of scissione di Palazzo Barberini from the name of a palace in Rome where it took place. In 1952, the party ultimately became the Italian Democratic Socialist Party, after joining forces with the smaller United Socialist Party in 1951.

In 1963 the party joined PSI to form the Unified Socialist Party, but in 1968, after a dismaying result at the general election, it left the new party, returning to the PSDI name in 1971.

In 1980 the party joined Christian Democracy, the Italian Socialist Party, the Italian Republican Party and the Italian Liberal Party in the five-party coalition (Pentapartito) which ruled the country until 1994 (since 1991 without the Republicans). However the party's role in the coalition was minimal and was over-shadowed by the more powerful PSI.

The PSDI was a member of Socialist International and the Party of European Socialists, and representation in the European parliament from 1979 until 1994 as part of the Socialist Group[1][2][3].

PSDI was involved in the corruption scandals known as Tangentopoli and almost disappeared from the political scene. The 1994 general election resulted in an almost overnight decline of the Pentopartito coalition parties and the rise of Silvio Berlusconi-led Forza Italia, which absorbed many PSDI voters. In January 1995 Gian Franco Schietroma was elected national secretary of the party replacing Enrico Ferri, who wanted to join the centre-right Pole of Freedoms. The followers of Ferri left and established the European Liberal Social Democracy and joined the centre-right Christian Democratic Centre.

In 1998 the party, led by Schietroma, finally joined the Italian Socialists, one of the heirs of PSI, to form the Italian Democratic Socialists. By then most members and voters of the party have joined other parties: Forza Italia (as Carlo Vizzini, party leader in 1992–1993), the Christian Democratic Centre (as Enrico Ferri, party leader in 1993–1995) and The Democrats (as Franco Bruno).

The party was re-established in 2004 with the same name, "Italian Democratic Socialist Party", as the continuation of the party of Saragat, so that the new PSDI numbers its congresses in perfect continuity with the late PSDI. The first secretary of the party was Giorgio Carta.

In April 2006 Giorgio Carta was elected to the Chamber of Deputies in the general election and, subsequently, resigned as secretary in November. He was replaced by Renato D'Andria, whose election was contested by many members of the party (including Carta) on the basis that it was rigged. The new secretary consequently ousted all the members who contested his election (including Carta) from the party.

In April 2007 a tribunal in Rome sided with the former leadership and declared invalid both the election of D'Andria as secretary and the XVII Congress of the party, which confirmed him as leader in January. The party was led ad interim by Carta, until the Congress of October 2007 (the XVII, though that of January was declared invalid) elected Mimmo Magistro as new secretary. D'Andria, who continues to consider himself to be the legitimate leader of PSDI, launched in June his Party of Democratic Reformers (PRD), open to "socialists, Christians, radicals, liberals, republicans and greens".

For the 2008 general election PSDI tried to form an alliance with the Union of Christian and Centre Democrats (UDC), but finally it did not participate with the Union of the Centre coalition. Instead, on 29 March 2008, the National Committee proposed to its members and voters to vote according to their conscience, favouring those political forces which could stop the emerging two-party system.[4][5] Most regional sections, on the example of Tuscany, indicated to vote for the Socialist Party in the election of the Chamber of Deputies and for The Left – The Rainbow in the election of the Senate. Some regional sections made different indications, notably in Veneto and Lazio in favour of the Union of the Centre, in Lombardy in favour of the People of Freedom and in Sicily in favour of the Movement for Autonomy.

In July 2011 a tribunal in Rome declared Renato D'Andria legitimate secretary of the party.[6] Magistro proposed a reconciliation between the two factions.[7] 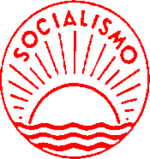 The PSDI had its best result at its first appareance in the 1948 general election, when it gained 7.1% of the vote. In that occasion the party was able to steal many votes from the Italian Socialist Party, which was damaged by the split and by the alliance with the Italian Communist Party. The party had its heartlands in Northern Italy: 12.9% in the Province of Torino, 11.9% in Cuneo, 10.6% in Milan, 13.9% in Sondrio, 12.6% in Treviso, 15.9% in Belluno and 14.9% in Udine.[8]

From 1953 to 1987 the party's support was around 4-5%, with the exception of 1963, when it gained 6.1%. In the 1992 general election, the last before the Tangentopoli scandals, the PSDI won only 2.7% of the vote. The party maintained for decades its strongholds in the North-West and the North-East, but since the 1960s it started to gain more support in Southern Italy. By 1987 the party's strongholds had moved South and especially to Campania, Apulia, Basilicata, Calabria and Sicily,[9] in line to what also the other parties of Pentapartito coalition (Christian Democrats, Socialists, Republicans and Liberals) were experiencing, also due to the growth of regionalist parties in the North, united as Lega Nord since 1991.

After the Tangentopoli political crisis, the PSDI almost disappeared electorally, although it retains some support locally in the South and especially in Apulia. In the 2005 Apulian regional election the party won 2.2% of the vote along with other two minor parties and got one deputy elected to the Regional Council.