The company was founded by the Dartington Hall Trust, a charity which then aimed to assist the economic regeneration of rural areas through business, education and the arts.

In the early sixties the trust had become concerned that north Devon was becoming depopulated as a lack of job opportunities forced people to move elsewhere to find work. The glass-making factory was intended to be a solution this problem, conceived as a centre of employment giving local people a reason to stay in the area.

To achieve this vision the trust recruited Eskil Vilhemson, a Swedish glass manufacturer, to be the company's Managing Director. A team of Scandinavian glass blowers came with him to Torrington, some of whom are still there to this day, and the factory opened in June 1967 under the name of Dartington Glass. A year later in 1969 more glass blowers followed, one Italian and a couple from Denmark.

The company thrived from here growing into a worldwide brand recognised for its quality and design led manufacturing. Frank Thrower, the company's designer created some of the most important glassware designs of the 20th century, many of which are still produced by the company to this day (Sharon, Exmoor and Dimple date back to the late 1960s and early 1970s). 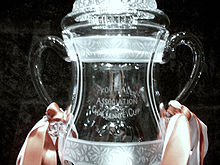 Demand outstripped production in the 1970s and the factory had to be expanded. By the 1980s the modern image of Dartington had attracted the attention of Wedgwood who took up a large stake in the business, allowing for further expansion.

Sadly, in 1987, Frank Thrower MBE died of cancer, but the business still boomed in the late 1980s and early 1990s. In 1989 Dartington Hall Trust sold a controlling interest to the Rockware Group, whose investment in the business allowed a modern batch mixing plant and new retail shop to be built. The business underwent a management buyout in 1994 from BTR, who had previously acquired the Rockware Group and Dartington Hall Trust sold their remaining stake in the business. The business was later acquired by US giftware giant Enesco in 2004, following the company briefly going into administration.

Dartington Crystal underwent another Management Buy Out in April 2006, safeguarding many skilled jobs in the area. Dartington Crystal bought Scottish-based Caithness Glass out of receivership in October 2006 and also owns Royal Brierley Crystal which is based in the West Midlands.

Dartington is also a major tourist attraction for the area, over 250,000 people visit the site each year to see the unique Factory Experience, Visitors Centre, extensive Glass Shop and Restaurant.

Dartington Crystal's most famous products date back to the 1970s, Frank Thrower's Scandinavian influenced designs such as Sharon, Exmoor, and Dimple set Dartington out from the others who concentrated on the now seemingly 'old fashioned' cut crystal styles. Indeed, this has given Dartington a modern and contemporary image which has kept it ahead of others, and makes it much easier to sell in the modern market. Today's most popular ranges include Wine Master, Florabundance as well as Sharon, Exmoor, and Dimple which are still made today and are just as popular as they were in the early years.

Special Reserve - a premium series of wine glasses designed to suit different types of wine, all made at Torrington and sold in a unique Wooden box. Armchair Spirits - a new collection of Spirits glasess made in Torrington entitled 'Swirler', 'Sniffter' and 'Sipper'. This range has already proven popular winning the Made in UK gift of the year at the Summer 2008 show at the ExCEL exhibition centre recently. Adore - contemporary premium gift ideas for Women including a ring stand and perfume bottle, as well as others. This range is designed by Art Glass designer Sarah Peterson and made at the Torrington factory.

The company is also known for its personalised, corporate gifts and special commissions including an FA cup replica used in the celebrations of the 30th anniversary of Sunderland's FA Cup triumph over Leeds United.[1] This replica can be seen in the Visitors Centre at the Torrington site.