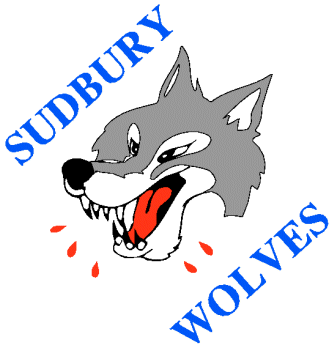 Sudbury has had a hockey team known as the Wolves or Cub Wolves nearly every year since . The Sudbury Cub Wolves team from the Northern Ontario Junior Hockey League won the in 1932 and 1935, as Eastern Canadian champions. They won the in and were runners-up in . This same team represented Team Canada at the 1938 and 1949 World Championships, winning gold in 1938.

The second incarnation of the Wolves was the 1962 entry into the . The Wolves won the McNamara Trophy as NOJHL Champions in 1969 and 1971.

The Ontario Hockey Association arrived in Sudbury in the fall of 1972 when the owners of the NOJHL's Sudbury Wolves bought the franchise and merged the two teams.

Sudbury Wolves fans are dedicated and have persevered through many tough years and northern winters to support their club, and the team frequently ranks near the top of the OHL in attendance. Sam McMaster was named in 1989–90 as the general manager, helping his team have its first winning season in 10 years. Sudbury celebrated their 35th anniversary in 2006–07, also reaching the OHL championship series the same year.

The current OHL Sudbury Wolves have never won the OHL championship, and have never participated in the . Theirs is currently the third-longest championship drought in the , and is now the longest in the OHL since the broke their 40-year drought in .

In 1976, the Wolves finished first overall in the OHA with 102 points, winning the , and the for the Leyden Division. That year Sudbury reached the OHA finals, losing to the eventual Memorial Cup champion in 5 games. The Wolves returned to the OHL finals 31 seasons later in 2006–07. The Wolves also won was the 2000–2001 for the regular season Central Division title.

Jerry Toppazzini was awarded the as the OHA coach of the year in 1976, leading his team to a first-place finish in the regular season.

:List of Sudbury Wolves coaches with multiple years in parentheses.

The Sudbury Wolves have retired three players' numbers, and have sent 77 players onto the NHL.

The Sudbury Wolves have also had special logo designed and worn as patches on the jersey for their 25th and 30th anniversaries.

Sudbury wore a black third jersey briefly in the mid 1990's. The current third jersey was first worn October 13, 2006. The jersey has a silver background, with blue and white trim, and the name "Sudbury" on the front diagonally from upper left to lower right.

The Sudbury Wolves play their home games at the , which was constructed in and is located in the downtown core. The arena holds 5,743 spectators - 4,743 seats and 1,000 standing room, and has an ice size of 200' x 85'. Every time the Wolves score a goal, a taxidermic wolf rolls out on a pulley system to howl at the opposing team's bench. The City of Greater Sudbury and the hockey club have recently upgraded the facility. The 1.5 million dollar expansion includes 12 new suites, 990 club seats, a new lounge as well as improved lounge and washroom faciltities. It is now ready for the 2007–2008 hockey season.