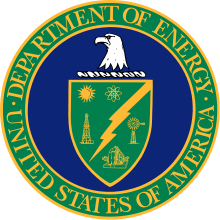 The United States Department of Energy National Laboratories and Technology Centers are a system of facilities and laboratories overseen by the United States Department of Energy (DOE) for the purpose of advancing science and helping promote the economic and defensive national interests of the United States of America. Most of the DOE national laboratories are actually federally funded research and development centers administered, managed, operated and staffed by private corporations and academic universities under contract to DOE. The 2005 NASA Authorization Act designated the U.S. segment of the International Space Station as a national laboratory with a goal to increase the utilization of the ISS by other Federal entities and the private sector.

The system of centralized national laboratories grew out of the massive scientific endeavors of World War II, in which new technologies such as radar, the computer, the proximity fuze, and the atomic bomb proved decisive for the Allied victory. Though the United States government had begun seriously investing in scientific research for national security since World War I, it was only in late 1930s and 1940s that monumental amounts of resources were committed or coordinated to wartime scientific problems, under the auspices first of the National Defense Research Committee, and later the Office of Scientific Research and Development, organized and administered by the MIT engineer Vannevar Bush.

During the second world war, centralized sites such as the Radiation Laboratory at MIT and Ernest O. Lawrence's laboratory at the University of California, Berkeley allowed for a large number of expert scientists to collaborate towards defined goals as never before, and with virtually unlimited government resources at their disposal.

In the course of the war, the Allied nuclear effort, the Manhattan Project, created several secret sites for the purpose of bomb research and material development, including a laboratory in the desert of New Mexico directed by Robert Oppenheimer (Los Alamos), and sites at Hanford, Washington and Oak Ridge, Tennessee. Hanford and Oak Ridge were administered by private companies, and Los Alamos was administered by a public university (the University of California). Additional success was had at the University of Chicago in reactor research, leading to the creation of Argonne National Laboratory outside Chicago, and at other academic institutions spread across the country.

After the war and its scientific successes, the newly created Atomic Energy Commission took over the future of the wartime laboratories, extending their lives indefinitely (they were originally thought of as temporary creations). Funding and infrastructure were secured to sponsor other "national laboratories" for both classified and basic research, especially in physics. Each national laboratory would generally be centered around one or many expensive machines (such as particle accelerators or nuclear reactors).

Elements of both competition and cooperation were encouraged in the laboratories. Often two laboratories with similar missions were created (such as Lawrence Livermore which was designed to compete with Los Alamos) with the hope that competition over funding would create a culture of high quality work. Laboratories which did not have overlapping missions would cooperate with each other (for example, Lawrence Livermore would cooperate with the Lawrence Berkeley Laboratory, which itself was often in competition with Brookhaven National Laboratory).

The national laboratory system, administered first by the Atomic Energy Commission, then the Energy Research and Development Administration, and currently the Department of Energy, is one of the largest (if not the largest) scientific research systems in the world. The DOE provides more than 40% of the total national funding for physics, chemistry, materials science, and other areas of the physical sciences. Many are locally managed by private companies, while other are managed by academic universities, and as a system they form one of the overarching and far-reaching components in what is known as the "iron triangle" of military, academia, and industry. 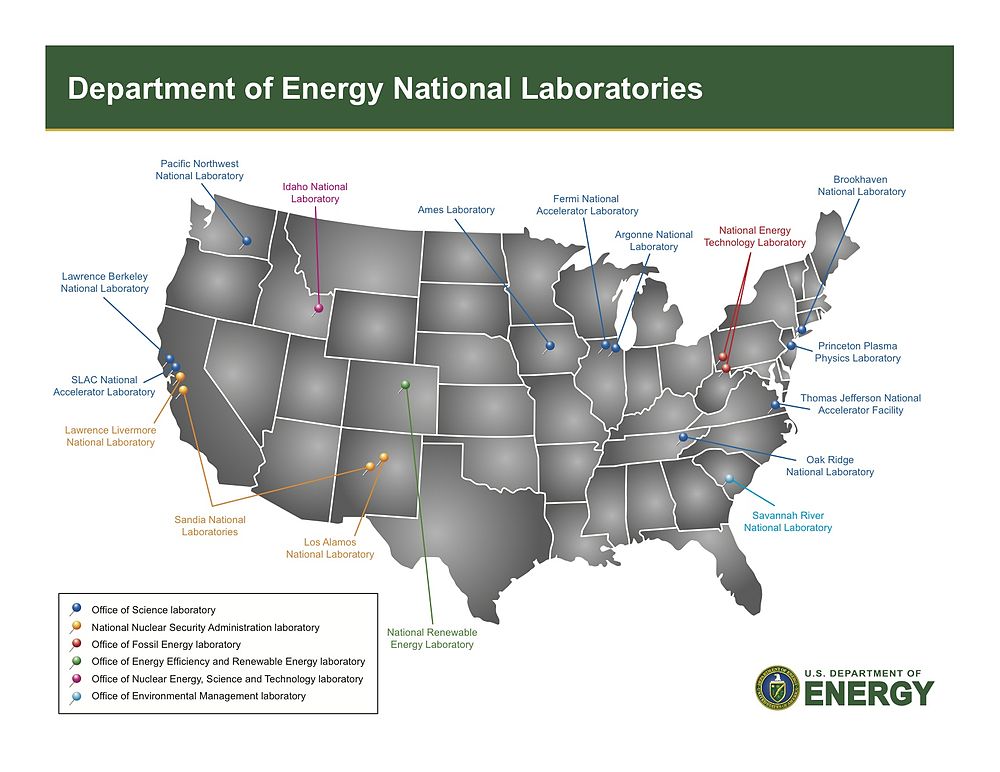