Architecture of the Netherlands

Architecture of the Netherlands

Dutch architecture has played an important role in the international discourse on architecture in three eras. The first of these was during the 17th century, when the Dutch empire was at the height of its power. The second was in the first half of the 20th century, during development of modernism. The third is not concluded and involves many contemporary Dutch architects who are achieving global prestige.

Examples of Dutch architecture (in situ) 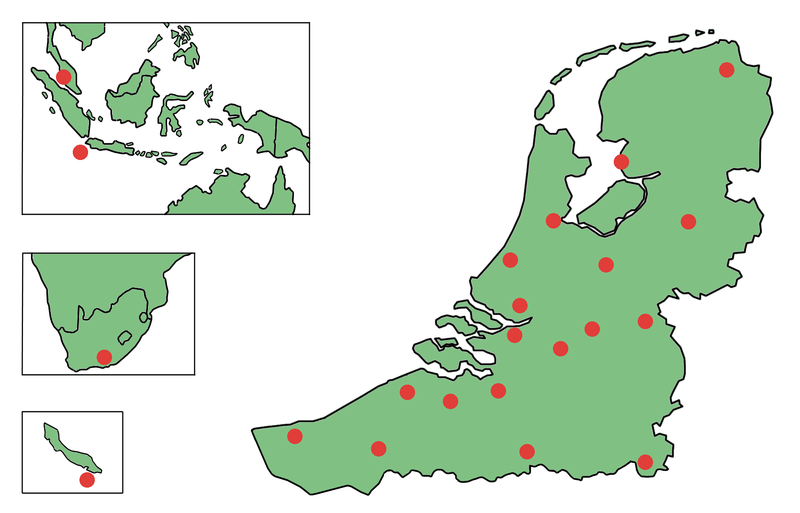 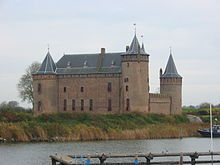 17th and 18th century architecture line the Keizersgracht in Amsterdam.

Architecture of the Netherlands was during the Dutch Golden Age roughly beginning at the start of the 17th century. Due to the thriving economy, cities expanded greatly. New town halls and storehouses were built. Merchants who had made a fortune ordered a new house built along one of the many new canals that were dug out in and around various cities (for defense and transport purposes), a house with an ornamented façade that befitted their new status. (Some canal houses of the Golden Age, such as the Anne Frank House, received new - and sometimes plainer - facades in later periods.) In the countryside, new country houses were built, though not in the same numbers. Some well known architects of the period were Jacob van Campen (1595-1657), Lieven de Key (c. 1560-1627) and Hendrik de Keyser (1565-1621).

Powerful empires led to the fall and ruin of Dutch architecture through the process of many battles. 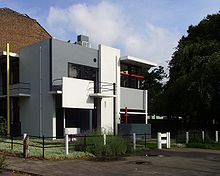 During the 20th century Dutch architects played a leading role in the development of modern architecture. Out of the early 20th century rationalist architecture of Berlage, architect of the Beurs van Berlage, separate groups developed during the 1920s, each with their own view on which direction modern architecture should take. Expressionist architects like Michel de Klerk and Piet Kramer were associated with Amsterdam (see Amsterdam School). Another group consisted of more functionalist architects (Nieuwe Zakelijkheid or Nieuwe Bouwen), such as Mart Stam, Leendert van der Vlugt, and Johannes Duiker, who had good ties with the international modernist group CIAM. A third group came out of the De Stijl movement, among them J.J.P. Oud and Gerrit Rietveld. Both architects later built in a functionalist style.

A 1918 reaction to Dutch functionalist architecture was the Traditionalist School, which lasted until well after 1945.

From the 80’s to the present Rem Koolhaas and his Office for Metropolitan Architecture (OMA) became one of the leading world architects. With him, formed a new generation of Dutch architects working in a modernist tradition.