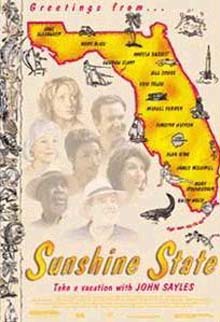 Set in a small town in northern , the main two interwining stories focus on two women at crucial points in their lives, and also comments on such issues as race relations and commercial property development.

As the primarily all-white town of the Delrona Beach, Florida is preparing for its annual festival, fire is set to one of the parade floats. A young boy named Terrell is found guilty of the deed, and he is sentenced to the care of the elderly Eunice Stokes, who lives in the neighboring, primarily all-black community of Lincoln Beach.

Eunice is being visited by her actress daughter, Desiree, a former beauty queen who left town while she was still in high school. At the time, she caused a scandal because she was pregnant. She has returned to make amends to her mother and also introduce her new husband, Reggie. While in town, she becomes re-acquainted with her old high-school boyfriend, Flash, who was a star football player and is now a promoter for a property development scheme.

Back in Delrona Beach, Marly Temple runs a motel and cafe owned by her elderly father and drama-instructor mother. Marly feels shackled by the arrangement and is tempted to sell the hotel to developers, but her father will never agree. Marly must also deal with her former husband, Steve, a slacker who is always looking to make some quick money. Marly additionally has a boyfriend, Scotty, who is struggling to become a golf pro and travel the tour circuit. Marly then becomes romantically involved with Jack, a landscape architect affiliated with the property developers.

Offering commentary on the story are a group of golfers.