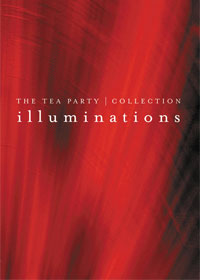 "Illuminations" (2001) is a single digital versatile disc () by the Canadian . The music DVD spans the years from 1993 to 2000 and includes all of the band's EMI Music Canada produced music videos, remixed by Nick Blagona and Jeff Martin in 5.1 Dolby Digital Surround and DTS sound plus audio commentary, discography, band biography, photos, audio-only track and a behind the scenes featurette. The DVD was released in Canada on February 27, 2001.