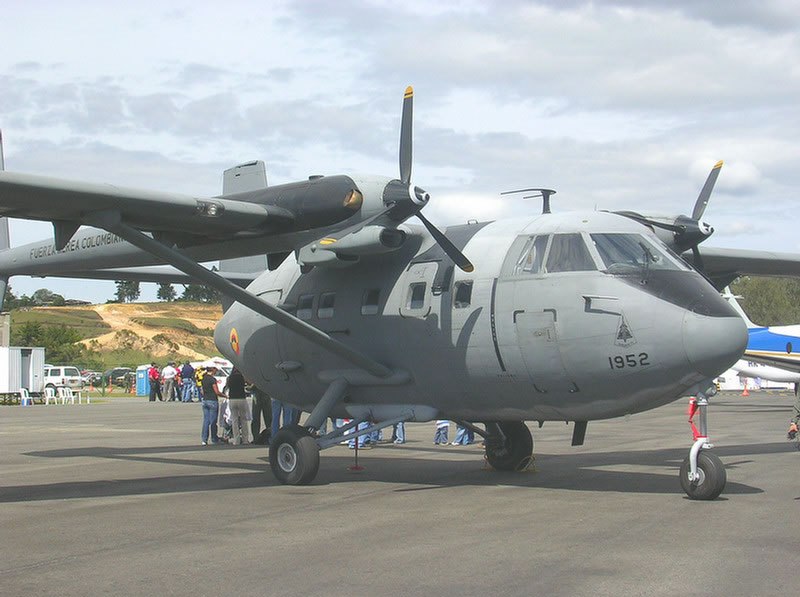 caption =
designer =
first flight = 1969
introduced =
retired =
produced = 1972-1988
number built = 80+
status = Active
unit cost =
primary user =
more users = 14 other militaries
developed from =
variants with their own articles =The Arava is a light utility transport aircraft built in by IAI in the late 1960s.__NOTOC__The Arava was IAI's first major aircraft design to enter production. It was intended both for the military and civil market, but the aircraft was only built in relatively small numbers. The customers were found mainly in third world countries, especially in Central- and as well as and .

The design work on the Arava began in 1966, and the design objectives included performance, the ability to operate from rough strips and carry 25 troops or bulky payloads. To achieve this, the Arava design was of a relatively unusual configuration. Its was barrel-like, short but wide, and the rear of the fuselage was hinged and could swing open for easy loading and unloading. Its wing span was long and the twin tails were mounted on booms that ran from the engine s. The aircraft was powered by two A s.

The Arava first flew on , while a second prototype flew for the first time on . Production ended in 1988. More than 90 aircraft were produced, including 70 for the military market. It is still in operation in some countries.

The military version could also be equipped with a range of weapons, in order to act in anti-submarine- or gunship roles. The weapon configuration could include two machine guns in fuselage side packs (usually 0.5" Browning), plus a third gun on the rear fuselage, and two pods containing 6 x 82 mm rocket pods or es or s on the fuselage sides.