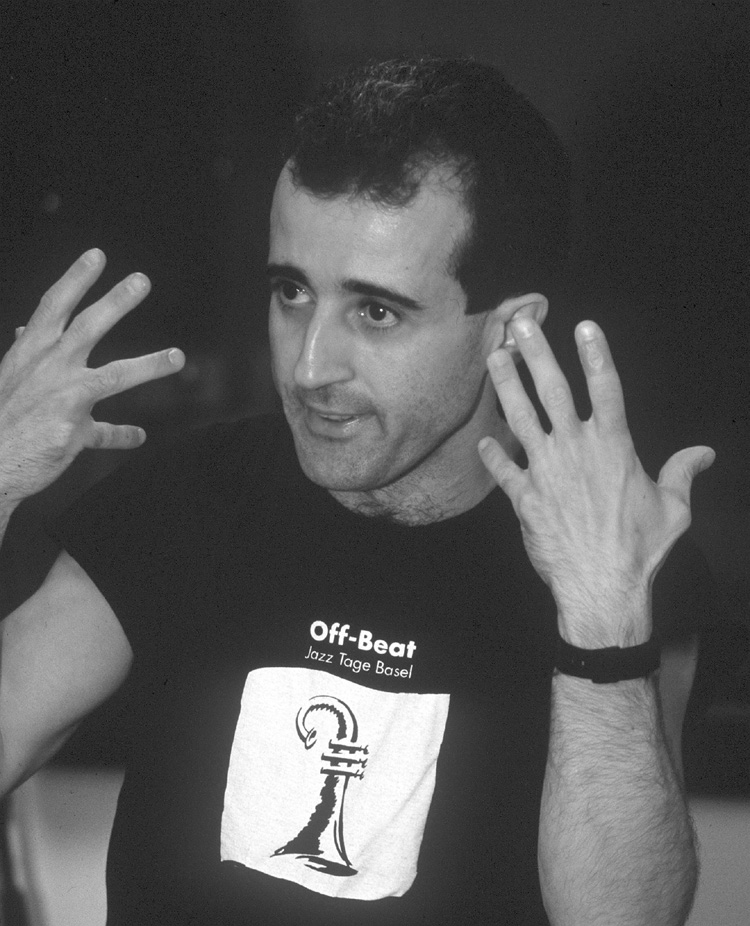 Robert "Bobby" Previte (born , , ) is a , and . Previte earned a B.A. in music at the University at Buffalo, where he also studied percussion. He moved to in 1979, and became active in the city's thriving and scenes. He began professional relationships with , , and others that have continued, intermittently, to the present.

While Previte is a talented drummer he has also received critical acclaim for his "exceptional abilities as a composer and orchestrator." [Bobby Previte, Brandishing Pen And Drumsticks, Steve Futterman, "The Washington Post", Mar 24, 2002. Retrieved ] A review of his 1988 album "Claude's Late Morning" reports that "Perhaps most striking is Previte's skill in composing music that fully integrates these disparate instruments — including drums and , and keyboards, , , , , , , and — while emphasizing each instrument's unique, individual sound." [ [http://www.allmusic.com/cg/amg.dll?p=amg&sql=10:6fu67ul070j0~T1 Claude's Late Morning Review] Dave Lynch, "AllMusic.com" Retrieved ] Another critic notes Previte's "driving and propulsive compositions, featuring both fiery jazz expressionism and layered that suggested elements of contemporary minimalism. [ [http://www.allmusic.com/cg/amg.dll?p=amg&sql=10:4tfqoarayijz~T1 Empty Suits Review] David Lynch, "AllMusic.com" Retrieved ]

Like fellow New Yorker , Previte's compositions are often tightly arranged, with little or no improvisation. Also like Threadgill, Previte often uses unusual instrumentation and also draws on many non-jazz musics for his compositions.

He worked with Dominican and Tracie Huntington on their albums "On The Other Hand", "On Fire", and "Michel Camilo" itself in 1988-90. In , he wrote the score for "Cirk Valentin" (Moscow Circus on Stage), a stage show consisting of circus acts created by that performed at the on Broadway.

Recent compositional works as of Spring 2007 include:
*"The Constellations Ensemble," a chamber group touring the multi-media show, "The 23 Constellations of Joan Miró".
*"The Separation," a collaboration with writer/director Andrea Kleine "dealing with the role of religion in society. Based on the 15th century composer Guilliaume Dufay’s Missa Sancti Jacobi and written for early music pioneers the Rose Ensemble with electric band." [ [http://www.bobbyprevite.com/bio-onepage.htm Biography] , "bobbyprevite.com" Retrieved ]

Previte has received excellent reviews and full articles in major newspapers such as The New York Times [A Drummer, Different And Yet In the Groove, Peter Water, "The New York Times", October 1, 1998. Retrieved ] , The Washington Post and The Guardian [ [http://arts.guardian.co.uk/critic/review/0,,1141244,00.html Bobby Previte] John Fordham, "The Guardian", February 5, 2004. Retrieved ] for playing a wide range of genres and venues [ [http://www.allaboutjazz.com/php/musician.php?id=10421 Biography] "AllAboutJazz.com" Retrieved ] and for qualities as diverse as his intellectual aesthetic to his ability "to groove." Recent and current projects as of Spring 2007 include :
*"Dialed In," a solo electronic drum show collaboration with video artist Benton-C Bainbridge.
*The Coalition of the Willing, a guitar quartet featuring , Steven Bernstein and .
*"Strike," a new quartet with organist and two saxophones.
*"Groundtruther," a duo with Hunter.
*"The Beta Popes," a power trio with and Saft.