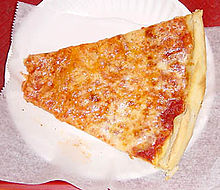 Cuisine of New York City comprises many cuisines belonging to various ethnic groups that have entered the United States through the city. Almost all ethnic cuisines are well represented in NYC, both in and out of their various ethnic neighborhoods.[citation needed] 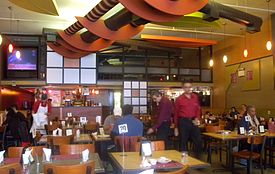 An Indian restaurant in Jackson Heights 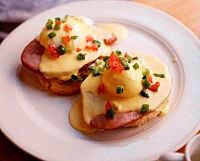 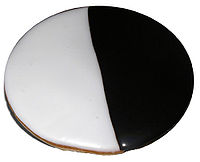 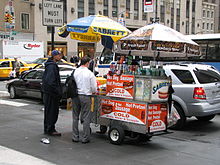 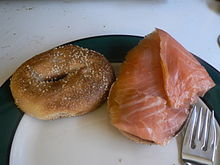 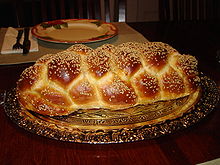 Much of the cuisine usually associated with New York City stems in part from its large community of Eastern European Jews and their descendants. The world famous New York institution of the "Delicatessen," commonly referred to as a "Deli," was originally an institution of the city's Jewry. Much of New York City's Jewish fare has become popular around the globe, especially bagels. (New York City's Jewish community is also famously fond of Chinese food, and many members of this community think of it as their second ethnic cuisine.)[citation needed] 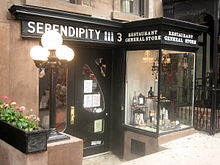 Serendipity 3 is a popular restaurant in the Upper East Side of Manhattan founded by Stephen Bruce in 1954.[3]