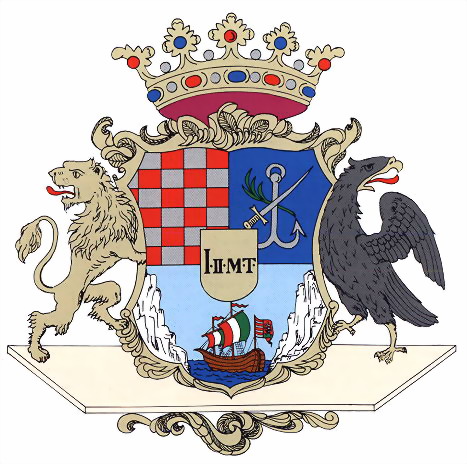 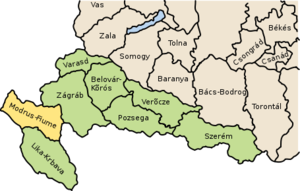 Modruš-Rijeka (in Croatian) or Modrus-Fiume (in Hungarian) is the name of a historic administrative county (comitatus) of the autonomous region within the . Its territory is presently in western . Modruš (Hungarian: "Modrus") is a small town near ; Fiume is the Italian and Hungarian name for the city of . However, was not part of the county Modruš-Rijeka, but under the direct administration of Hungary. The capital of the county was .

Modruš-Fiume county shared borders with the n lands , and and the Hungarian counties and (both in Croatia-Slavonia). The county has a strip of coast. Its area was 4879 km² around 1910.

In the early 20th century, the subdivisions of Modrus-Fiume county were: