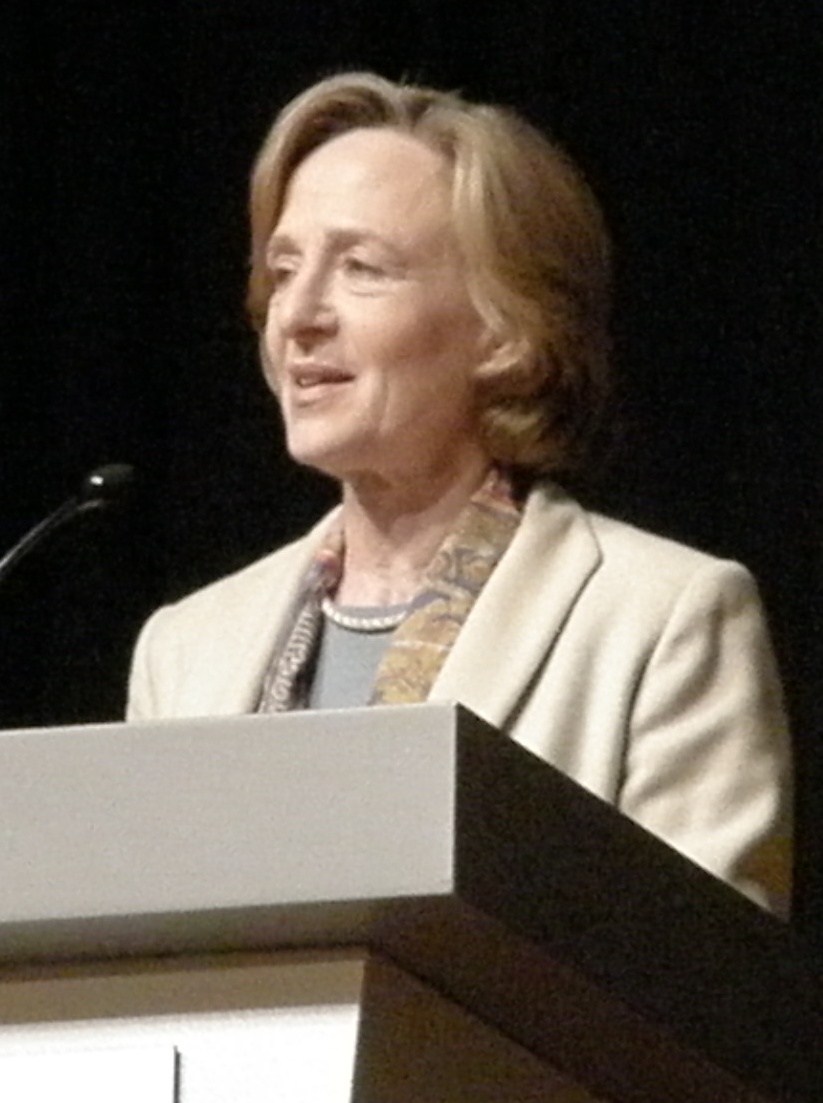 Susan Hockfield (b. , 1951) is the sixteenth and current president of the . Dr. Hockfield's appointment was publicly announced on , , and formally took office , , succeeding . Hockfield's official celebrations took place during the week of , . Her title is "President and Professor of ," and she is the first woman and the first life scientist to hold the title of president of MIT.

Hockfield received her in biology from the in 1973 and her in Anatomy and Neuroscience from the in 1979. Her doctoral dissertation was on the subject of pathways in the nervous system through which pain is perceived and processed. Her advisor during her doctoral work was .

At , she served as professor of neurobiology and as dean of the Graduate School. As dean, Hockfield introduced a "Take a Faculty Member to Lunch" program to encourage informal faculty-student interactions. The program paid for lunch when one or two students invited a professor to join them. It was later expanded to also cover the cost of lunch when a faculty member invited a graduate student.

Hockfield then served at as a provost, the university's second highest officer.

Hockfield has continued scientific research in addition to her administrative career. She pioneered the use of monoclonal antibody technology in brain research and discovered a gene that plays a critical role in the spread of cancer in the brain. Scientists working under her direction identified a family of cell surface proteins whose expression is regulated by neuronal activity early in an animal's life. Her early work involved the application of monoclonal technology to questions within neurobiology. A link between her research and human health was made when it was suggested one of these proteins played a role in the progression of brain tumors. Hockfield's work has recently focused one type of brain called . Her work suggests that the glioma is particularly deadly because of the way highly mobile cancerous cells move around the brain. [http://www.jneurosci.org/cgi/content/abstract/18/7/2370]

Hockfield is currently a corporate director of .