The EU currently imports 82% of its oil and 57% of its gas, making it the world's leading importer of these fuels.[1] Only 3% of the uranium used in European nuclear reactors was mined in Europe. Russia, Canada, Australia, Niger and Kazakhstan were the five largest suppliers of nuclear materials to the EU, supplying more than 75% of the total needs in 2009[2]

The possible principles of Energy Policy for Europe were elaborated at the Commission's green paper A European Strategy for Sustainable, Competitive and Secure Energy on 8 March 2006.[3] As a result of the decision to develop a common energy policy, the first proposals, Energy for a Changing World were published by the European Commission, following a consultation process, on 10 January 2007.

It is claimed that they will lead to a 'post-industrial revolution', or a low-carbon economy, in the European Union, as well as increased competition in the energy markets, improved security of supply, and improved employment prospects. Although the proposals have been adopted by the European Commission, they require the approval of the European Parliament but were debated and approved at a meeting of the European Council on 8 and 9 March 2007.[4]

Underlying many of the proposals are to designed to limit global temperature changes to no more than 2 °C above pre-industrial levels,[6] of which 0.8 °C has already taken place and another 0.5–0.7 °C is already committed.[7] 2 °C is usually seen as the upper temperature limit to avoid 'dangerous global warming'.[8]

On 14 February 2007, the European Parliament adopted a non-binding resolution demanding that the key proposal to cut carbon emissions by 20% should be increased to 25%.[9]

The proposals were debated and approved, including the 20% cut in carbon emissions originally proposed, at a meeting of the European Council on 8 and 9 March 2007.[4]

The FP7 research program only reserved a moderate amount of funding for energy research, although energy has recently emerged as one of the key issues of the European Union. A large part of FP7 energy funding is also devoted to fusion research, a technology that will not be able to help meet European climate and energy objectives until beyond 2050.[10] The European Commission tried to redress this shortfall with the SET plan.[11]

The Steering Group on the implementation of the Strategic Energy Technologies Plan (SET Plan) on 26 June 2008 will set the agenda for an EU energy technology policy. It will enhance the coordination of national and European research and innovation efforts to position the EU in the forefront of the low-carbon technologies markets.[12][13]

In the autumn of 2008, a budget for the SET plan will be decided.

The IEA raised its concern that demand-side technologies do not feature at all in the six priority areas of the SET Plan.[11]

The European Energy Research Alliance (EERA)[15] is founded by the leading research institutes in the European Union (EU), to expand and optimise EU energy research capabilities through the sharing of world-class national facilities and the joint realisation of national and European programmes. This new Research Alliance will be a key actor of the EU Strategic Energy Technology Plan (SET Plan) and will contribute to accelerate the development of new low carbon technologies for EU to move toward a low carbon economy.[16]

A recommended Fuel mix disclosure display format, proposed in a note annexed to the Internal Market in Electricity Directive[17] 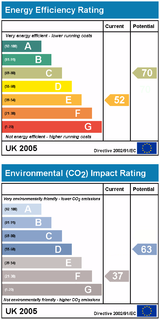 Under the requirements of the Directive on Electricity Production from Renewable Energy Sources, which entered into force in October 2001, the member states are expected to meet "indicative" targets for renewable energy production. Although there is significant variation in national targets, the average is that 22% of electricity should be generated by renewables by 2010 (compared to 13,9% in 1997). The European Commission has proposed in its Renewable Energy Roadmap21 a binding target of increasing the level of renewable energy in the EU's overall mix from less than 7% today to 20% by 2020.[18]

The EU has also promoted electricity market liberalisation and security of supply through the 2003 Internal Market in Electricity Directive,[19] which replaced early directives in this area. The Directive 2003/54/EC has been replaced by the Directive 2009/72/EC.[20]

The 2004 Gas Security Directive[21] has been intended to improve security of supply in the natural gas sector.

At the Heiligendamm Summit in June 2007, the G8 acknowledged an EU proposal for an international initiative on energy efficiency tabled in March 2007, and agreed to explore, together with the International Energy Agency, the most effective means to promote energy efficiency internationally. A year later, on 8 June 2008, the G8 countries, China, India, South Korea and the European Community decided to establish the International Partnership for Energy Efficiency Cooperation, at the Energy Ministerial meeting hosted by Japan in the frame of the 2008 G8 Presidency, in Aomori.[22]

Buildings account for around 40% of EU energy requirements and have been the focus of several initiatives.[23] From 4 January 2006, the 2002 Directive on the energy performance of buildings[24] requires member states to ensure that new buildings, as well as large existing building undergoing refurbishment, meet certain minimum energy requirements. It also requires that all buildings should undergo 'energy certification' prior to sale, and that boilers and air conditioning equipment should be regularly inspected.

As part of the EU's SAVE Programme,[25] aimed at promoting energy efficiency and encouraging energy-saving behaviour, the Boiler Efficiency Directive[26] specifies minimum levels of efficiency for boilers fired with liquid or gaseous fuels.

EU policies include the voluntary ACEA agreement, signed in 1998, to cut carbon dioxide emissions for new cars sold in Europe to an average of 140 grams of CO2/km by 2008, a 25% cut from the 1995 level. Because the target was unlikely to be met, the European Commission published new proposals in February 2007, requiring a mandatory limit of 130 grams of CO2/km for new cars by 2012, with 'complementary measures' being proposed to achieve the target of 120 grams of CO2/km that had originally been expected.[28][29]

In the area of fuels, the 2001 Biofuels Directive requires that 5,75% of all transport fossil fuels (petrol and diesel) should be replaced by biofuels by 31 December 2010, with an intermediate target of 2 % by the end of 2005. In February 2007 the European Commission proposed that, from 2011, suppliers will have to reduce carbon emissions per unit of energy by 1% a year from 2010 levels, to result in a cut of 10% by 2020 Stricter fuel standards to combat climate change and reduce air pollution – European Commission press release.

EU airlines can be charged for their greenhouse gas emissions on flights to and from Europe according to a court ruling in October 2011.[30]

A further area of energy policy has been in the area of consumer goods, where energy labels were introduced to encourage consumers to purchase more energy-efficient appliances.[32]

Many EU members import oil and gas from Russia.

Beyond the bounds of the European Union, EU energy policy has included negotiating and developing wider international agreements, such as the Energy Charter Treaty, the Kyoto Protocol, the post-Kyoto regime and a framework agreement on energy efficiency; extension of the EC energy regulatory framework or principles to neighbours (Energy Community, Baku Initiative, Euromed[disambiguation needed

] energy cooperation) and the emission trading scheme to global partners; the promotion of research and the use of renewable energy.[33]

The EU-Russia energy cooperation will be based on a new comprehensive framework agreement within the post-Partnership and Cooperation Agreement (PCA), which will be negotiated in 2007. The energy cooperation with other third energy producer and transit countries is facilitated with different tools, such as the PCAs, the existing and foreseen Memorandums of Understanding on Energy Cooperation (with Ukraine, Azerbaijan, Kazakhstan and Algeria), the Association Agreements with Mediterranean countries, the European Neighbourhood Policy Action Plans; Euromed energy cooperation; the Baku initiative; and the EU-Norway energy dialogue.[33] For the cooperation with African countries, a comprehensive Africa-Europe Energy partnership would be launched at the highest level, with the integration of Europe's Energy and Development Policies.[5]

For ensuring efficient follow-up and coherence in pursuing the initiatives and processes, for sharing information in case of an external energy crisis, and for assisting the EU’s early response and reactions in case of energy security threats, the network of energy correspondents in the Member States was established in early 2007. After the Russian-Ukrainian Gas Crisis of 2009 the EU decided that the existing external measures regarding gas supply security should be supplemented by internal provisions for emergency prevention and response, such as enhancing gas storage and network capacity or the development of the technical prerequisites for reverse flow in transit pipelines.[34]

The European Union is also active in the areas of energy research, development and promotion, via initiatives such as CEPHEUS (ultra-low energy housing), and programs under the umbrella titles of SAVE (energy saving) ALTENER (new and renewable energy sources), STEER (transport) and COOPENER (developing countries).[35] Through Fusion for Energy, the EU is participating in the ITER project.[36]

In a poll carried out for the European Commission in October and November 2005, 47% of the citizens questioned in the 27 countries of the EU (including the 2 states that joined in 2007) were in favour of taking decisions on key energy policy issues at a European level. 37% favoured national decisions and 8% that they be tackled locally.[37]

A similar survey of 29 220 people in March and May 2006 indicated that the balance had changed in favour of national decisions in these areas (42% in favour), with 39% backing EU policy making and 12% preferring local decisions. There was significant national variation with this, with 55% in favour in the Netherlands, but only 15% in Finland.[38]

A comprehensive public opinion survey was performed in May and June 2006.[39] The authors propose following conclusions: