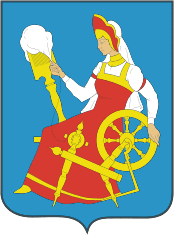 Ivanovo has traditionally been called the capital of Russia. Since most textile workers are women, it has also been known as the "City of Brides". Probably the most famous of the city's female natives was the postmodern French writer .

It is home to , which is one of the largest military airlift bases in Russia. Civilian air services are provided at .

Ivanovo was created by merging the old -processing village Ivanovo (first documented in 1561) with the industrial in 1871. Until 1932, its official name was Ivanovo-Voznesensk.

By the early 20th century, Ivanovo competed with (also a part of the at that time) for the title of the primary textile production centre in . As the workers' living conditions were appalling, the strikes were frequent. One of these strikes led to the first Russian revolution. According to the , e.g., "", article "Soviets of Workers' Deputies" ( _ru. Советы депутатов трудящихся), the Ivanovo Soviet (created in May 1905) was one of the first Soviets in the history. However this statement is contested, see .