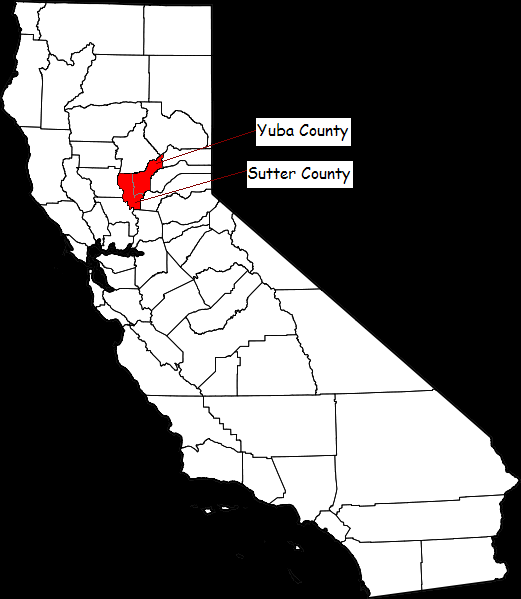 Places with more than 50,000 inhabitants

The 13th District Agricultural Association or Yuba-Sutter Fair as it is most commonly referred to is the local fair in the area and is a part of the California State Fair System. The 13th district used to include parts of Yolo and Sacramento counties but decentralization led to exclusion of Sacramento County in 1889 and in 1893 Yolo County left the association.

In 1941 a ten arce piece of land was purchased for $1,020 in Yuba City in order to even better centralize the fairgrounds. Today the 13th District Agricultural Fair is one of fifty-four district agricultural associations, twenty-four county fairs, two citrus fairs and the which make up the 81 State Fair system in . [http://www.yubasutterfair.com/organization.html]

Every year at the Yuba-Sutter Fair there are scholarship competitions held much like the Miss America and Miss USA Competitions. The competition isn't a beauty pageant, though. Most competition areas are based upon community service, scholastic achievement, and knowledge of fair industry. In 2000, they opened competition up to male candidates as well with the Ambassador Competitions though in recent years lack of interest has caused the titles to remain vacant.

Annually, Marysville celebrates the Chinese New Year and the Bok Eye god with a festival. The parade has been produced each year for more than 120 years and is the oldest continuing parades in California. People from as far away as Taiwan come to worship at the secluded temple. The crash of gongs, the crack of fireworks, and the pounding of drums signal the beginning of the Bok Kai Parade. Marching bands, fire trucks, antique cars, floats and dance groups walk the streets of historical downtown. Over 15,000 spectators each year come to watch the parade's greatest asset, a 150-foot long dragon.

The festival concludes with the firing of 100 ceremonial bombs with "good luck" rings contained inside the bombs.

Because the fesitval celebrates New Year according to the Chinese lunar calendar, the date of the parade is different each year.

Another interesting fact is that it has never rained during the parade, and has very seldom rained on the day of the parade.