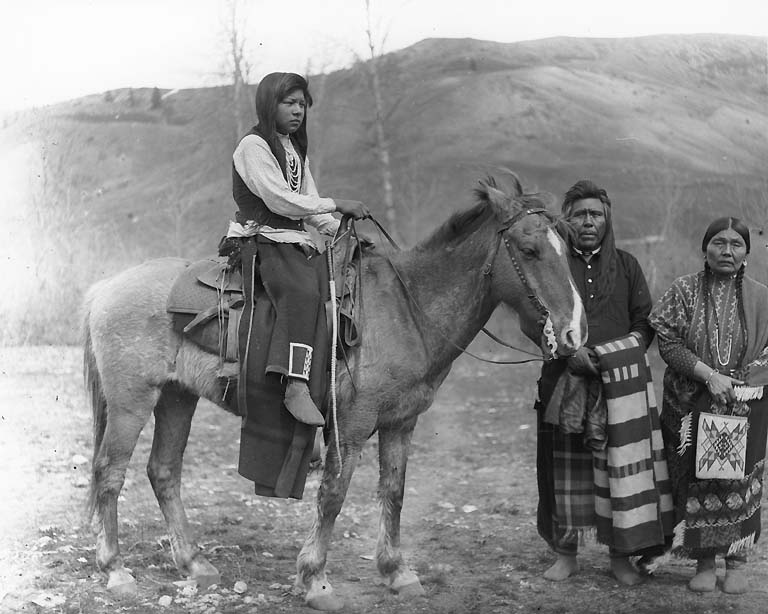 thumb|230px|Palouse-Colville Family (1905)">
University of Washington Digital Collections:"For the district in India, see ."The Palus (IPAEng|pəˈluːs) are recognized in the Treaty of 1855 with the Yakamas (negotiated at the ). A variant spelling is , which was the source of the name for the fertile prairie of and .

The people are one of the Sahaptin speaking groups of Native Americans living on the Columbia Plateau in eastern , northeastern , and North Central .

The people of the region lived in three main groups, the Upper, Middle, and Lower bands. Traditional lands included areas around waterways such as the Columbia, Snake and Palouse Rivers.

The ancestral people were nomadic, following food sources during the seasons. The Palus people gathered with other native peoples for activities such as food gathering, hunting, fishing, feasting, trading, and celebrations that included dancing, sports and gambling. They lived near other groups including the Nez Perce, Wanapum, Walla Walla, and Yakama peoples.

In October 1805, Lewis and Clark met with the tribe, although most were away from the area for fall food gathering and hunting. While there, they presented one of the silver peace medals to Chief Kepowhan. The Diaries of the Corps of Discovery show the people as a separate and distinct group from the Nez Perce.

The people were expert horsemen and the term Appaloosa is probably a derivation of the term Palouse horse. Hundreds of tribal horses were slaughtered to cripple the tribe during the Indian Wars in the mid to late nineteenth century.

cite book
last = Wright
first = G., Col.
authorlink = George Wright (general)
title = Great battle of the Spokane plains, Washington Territory
publisher =
date = 1858
*Note: One and a half columns of text published in the , issue of The Press, Philadelphia. The newspaper story quotes dispatches sent by Col. G. Wright regarding an "expedition against Northern Indians, camp on the Spokane River, (W.T.), one and a half miles below the Falls, , ."