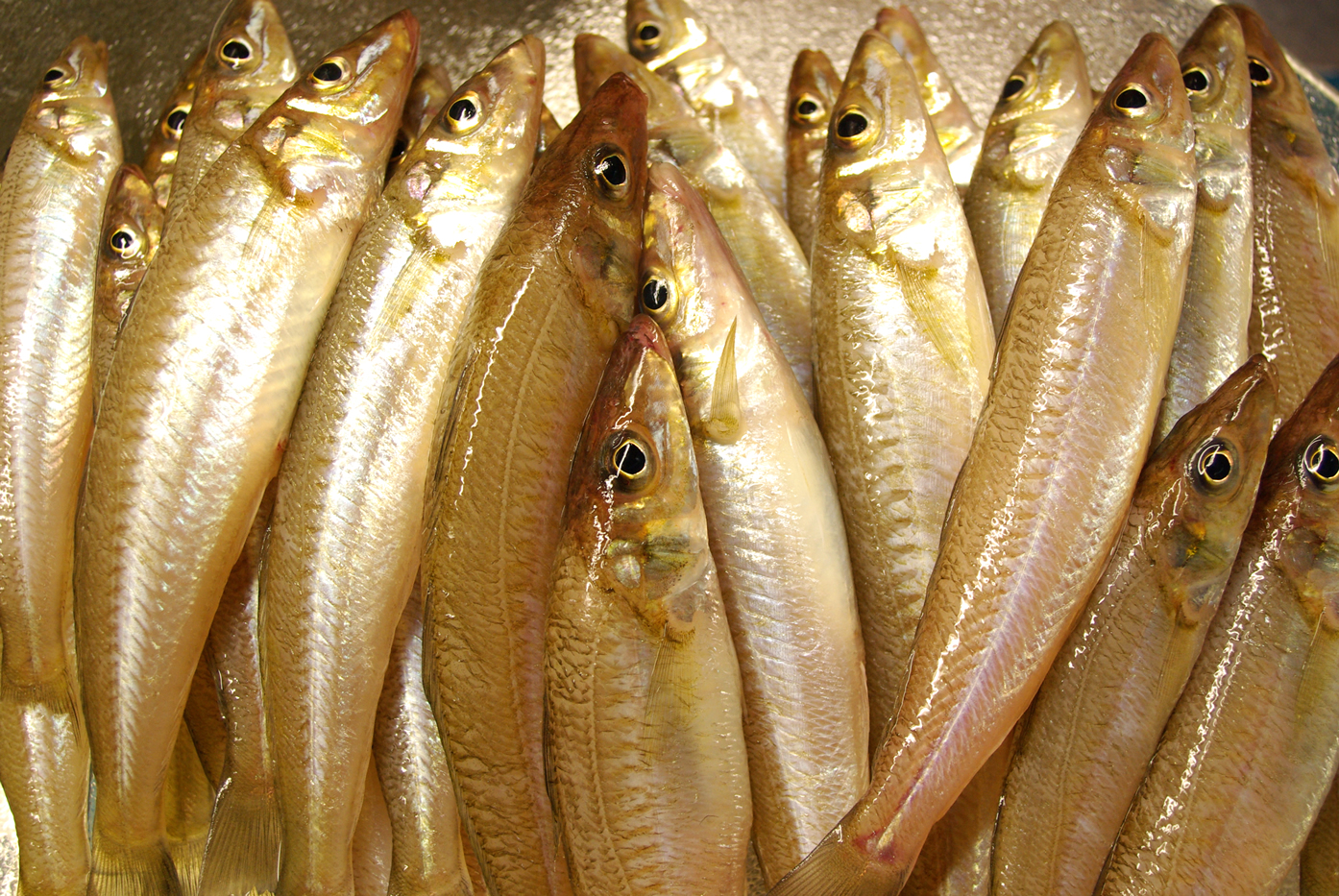 The Sillaginidae, commonly known as the smelt-whitings, whitings, sillaginids, sand borers and sand-smelts, are a family of marine es in the order . The smelt-whitings inhabit a wide region covering much of the , from the west coast of east to and south to . The family is comprised of only three genera and thirty one , of which a number are dubious, with the last major revision of the family in 1992 unable to confirm the validity of a number of species. They are elongate, slightly compressed fish often light brown to silver in colour with a variety of markings and patterns on their upper body. The Sillaginidae are not related to a number of fishes commonly called 'whiting' in the , including the fish originally called whiting, "".

The smelt-whitings are mostly fishes that inhabit sandy, silty and muddy substrates on both low and high energy environments ranging from protected s and to s. A few species predominantly live offshore on deep sand s and s, although the larvae and juvenile phases of most species return to inshore grounds, where they spend the first few years of their lives. Smelt-whitings are benthic that predominantly on s, a variety of s, s and to a lesser extent s and fish, feeding by detecting vibrations emitted by their prey.

The family is highly important to throughout the Indo-Pacific, with species such as the , and forming the basis of major fisheries throughout their range. Many species are also of major importance to small fisheries while others are little more than occasional . Smelt-whitings are caught by a number of methods including , s and cast nets. In Australia and Japan in particular, members of the family are often highly sought by recreational fishermen who also seek the fish for their prized flesh.

The first species of sillaginid to be scientifically described was "", by in 1775, who initially referred the species to a genus of hardyhead, "".

In the years after Gill's paper was published, over thirty 'new' species of sillaginid were reported and scientifically described, many of which were s of previously described species, with similarity between species as well as minor geographical variation confounding s.

The following is a comprehensive list of the 31 known species of sillaginids, with a number of the species still in doubt due to the loss of the specimen. This classification follows , which itself is based on McKay's last revision of the family.

A number of sillaginids have been identified from the , with the lower marking the first appearance of the family. The family is thought to have evolved in the of central Australia, before colonizing southern Australia during the upper Eocene after a seaway broke through south of Tasmania. During the Oligocene, the family spread to the north and south, occupying a much more extensive range than their current Indo-Pacific distribution. Fossils suggest the sillaginids ranged as far north as and , and as far south as ,

There have been at least eight sillaginid species found, all of which are believed to be of the genus "Sillago" based on the only remains found; s. Only one species of extant sillaginid, "Sillago maculata", has been found in the fossil record, and this was in very recent s.

The s of the Sillaginidae are poorly known, with very similar morphological characteristics and a lack of studies restricting the ability to perform analyses on the family. Being the fossil sillaginids are based on the comparison of fossil otoliths, with no other type of remains found thus far, this also prevents the reconstruction of the evolution of the family through fossil species. While the position of the Sillaginidae in the order Perciformes is firmly established due to a number of shared with other members of the order, no has been established for the family.

The Sillaginidae are medium sized fishes which grow to an average of around 20 cm and around 100 g,

Sillaginids are primarily inshore marine fishes inhabiting stretches of coastal waters, although a few species move offshore in their adult stages to deep sand banks or reefs to a maximum known depth of 180 m.

Smelt-whitings are a major link in the of most systems, and frequently fall prey to a variety of aquatic and aerial s. Their main aquatic predators are a wide variety of larger fish, including both s and a variety of s and rays.

The sillaginids are some of the most important commercial fishes in the Indo-Pacific region, with a few species making up the bulk of whiting catches. Their high numbers, coupled with their highly regarded flesh are the reason for this, and their inshore nature also has made them popular targets for recreational fishermen in a number of countries. With rife in some areas, sustainable has allowed the commercial farming of a number of sillaginid species, as well as the use of farmed fish to restock depleted estuaries. At least one species, the Gangetic whiting, has occasionally been used in aquaria.

A small number of sillaginids have large enough populations to allow an entire fishery to be based around them, with King George whiting,

Sillaginids are taken by a variety of fishing methods, with inshore catches predominantly taken using beach seine nets and cast nets. Due to the alert nature of sillaginids, skill is required on creeping up quietly enough to be able to net fish with a cast net, with experienced fishers often paddling into the sun toward a school and drifting slowly upon it before casting the net. In deeper waters, s and longliners take the most fish, with a number of sillaginids taken in prawn trawls as bycatch. The fish are normally marketed fresh locally under various names, with "Ashuos" commonly used in many countries for various sillaginids. At least one export fishery exists in Australia whereby "S. flindersi" is exported to Thailand where the fish are repackaged and sent to Japan frozen.

In Australia and Japan, members of the family are highly sought after by anglers for their sporting and eating qualities, with anglers often taking more than commercial fishermen in some areas.

A number of sillaginid species have been the subject of brackish water aquaculture in Asia and India, with species including "S. japonica" commonly bred for consumption. In Australia, research has been undertaken in the breeding of sand whiting and King George whiting, and so far only sand whiting shows promise for commercial viability.