All of the six named storms affected land in some way, but no major damage was reported from any of the storms. 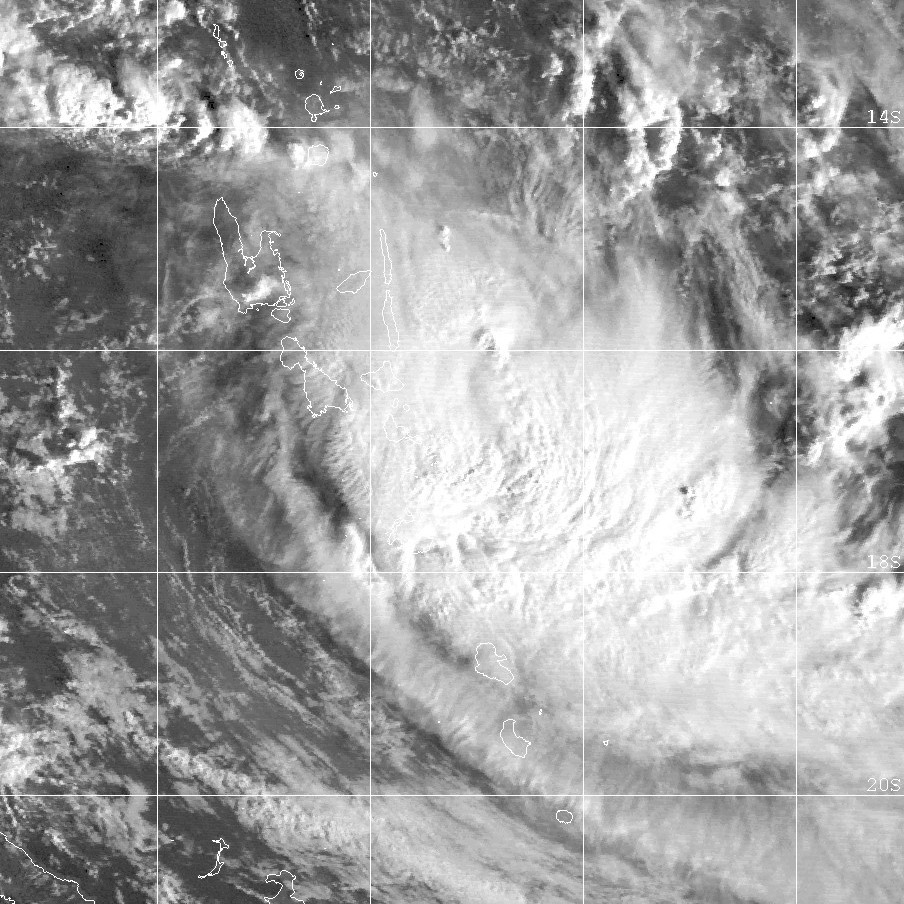 Track=Iris 2000 track.pngA disturbance was identified on 3 January at 0600 (UTC) near Espiritu Santo in . The storm was difficult to locate the general centre for the next couple of days, but on 6 January, it became more organised, while displaying midget characteristics. On 7 January at 2100 (UTC), it was named Tropical Cyclone Iris, located 330 km (205 mi) northwest of , moving southeast. In Vila, 110 km (70 mi) away from Iris's centre, recorded winds of only up to convert|20|kn|km/h, explaining the very small size of the cyclone. Iris intensified with 10-min winds increasing to convert|60|kn|km/h on 8 January at 1200 (UTC). JTWC's estimated 1-min winds was convert|65|kn|km/h. There were some indications that Iris could be far more intense than what the warning centres estimated, mainly due to its small size. Iris accelerated eastward, leaving Vanuatu. On 9 January, Iris began its weakening trend, while moving closer to . Iris was downgraded to a depression on 10 January, just 48 hours after it had reached its peak intensity. The final warning placed the centre on the Dateline convert|150|nmi|km|abbr=on southeast of Fiji.

Fresh to strong winds and very rough seas were experienced over the western and southern parts of Fiji. Overall damage was minimal. Cyclone Iris was most notable for its rapid strengthening in its early stages, followed by its rapid decay. 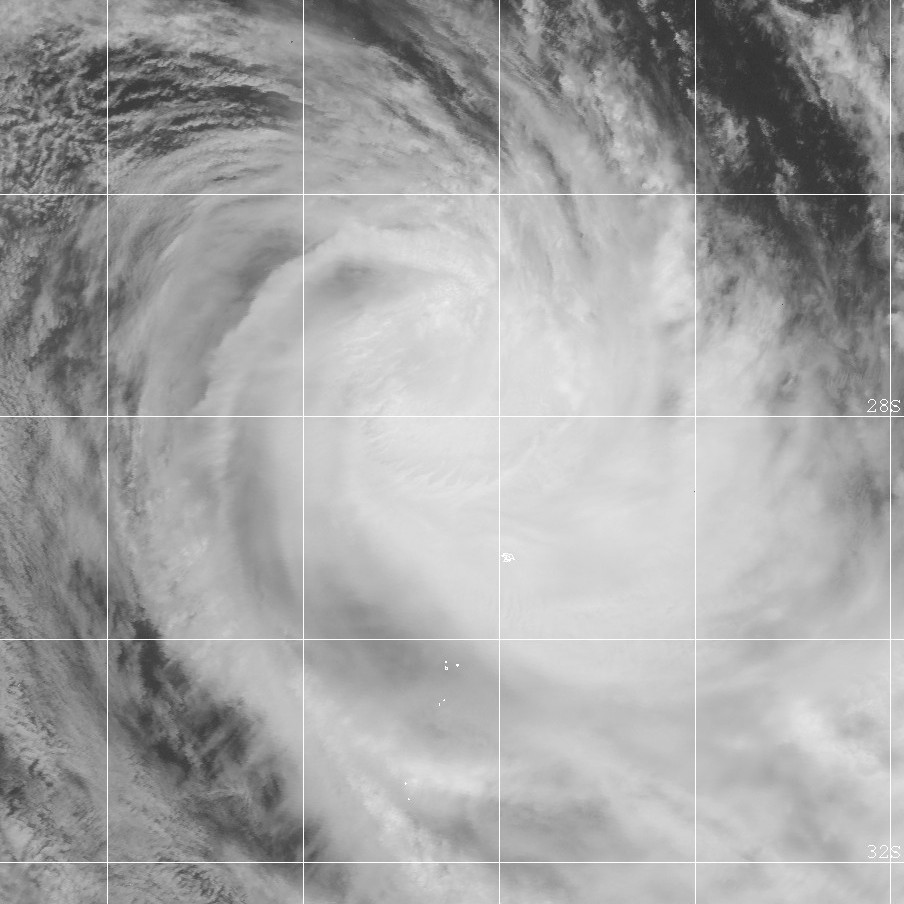 Track=Jo 2000 track.pngA disturbance was first identified over northern parts of on 19 January. It developed slowly, but deepened quickly on 22 January, and advisories were issued on the system on 23 January. It moved southward and was upgraded to Tropical Cyclone Jo on 24 January at 0300 (UTC). Jo moved to the south-east and attained storm force winds 15 hours after being named. The cyclone reached its peak intensity on 26 January at 0000 (UTC) located 650 km (400 mi) south of , with 10-min average winds of convert|60|kn|km/h. JTWC's peak 1-min average winds were convert|65|kn|km/h. Jo moved further to the south-east, and moved close enough to affect . Gusts to convert|50|kn|km/h were recorded on on Fiji, even though Jo was about 445 km (275 mi) away from the Fiji. Flash flooding was reported, but there was no major river flooding. Cyclone Jo was declared extratropical on 28 January at 0600 (UTC) when located more than convert|1000|nmi|km|abbr=on east of in .