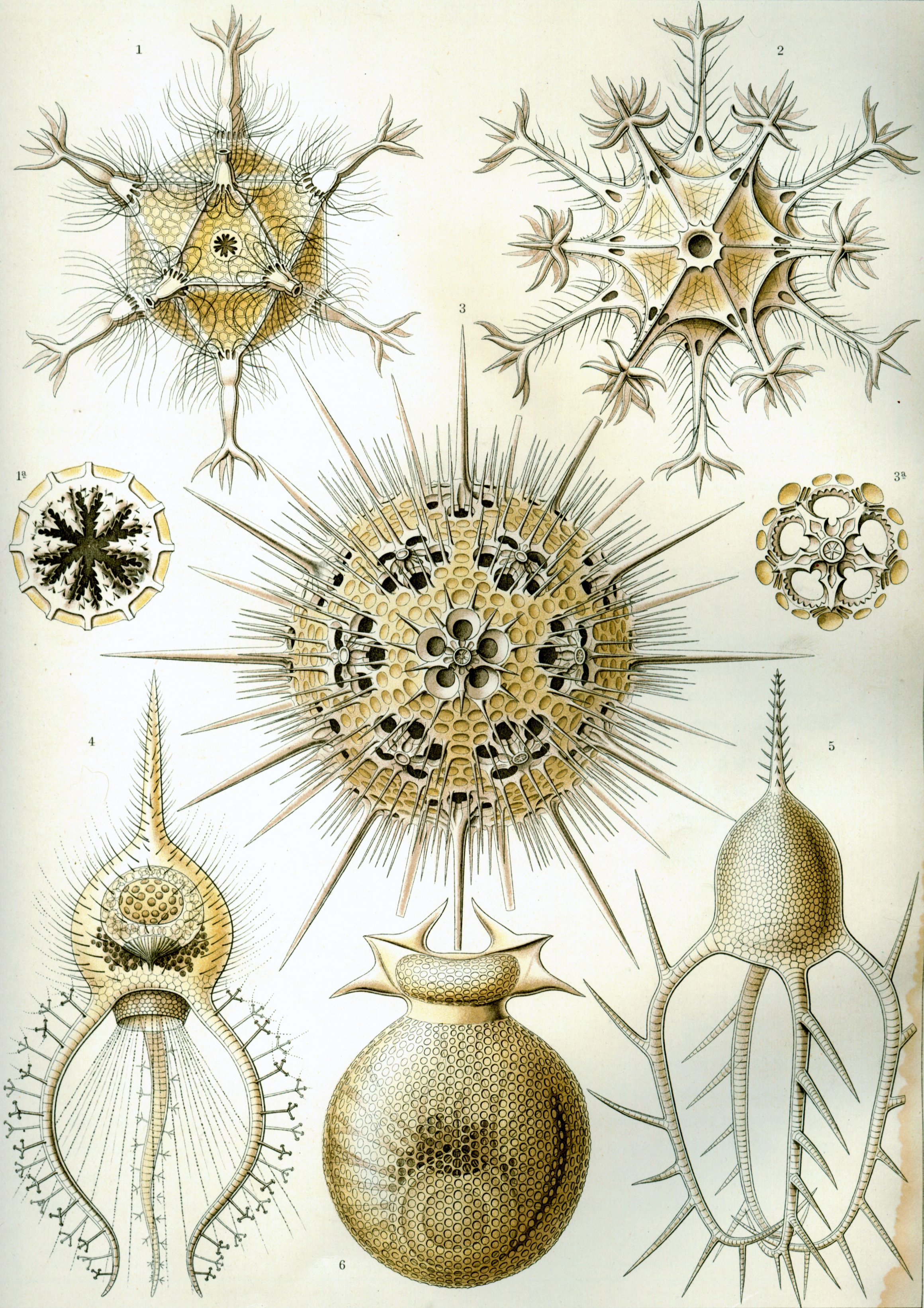 The Phaeodarea are a group of s. They are traditionally considered ns, but in molecular trees do not appear to be close relatives of the other groups, and are instead placed among the . They are distinguished by the structure of their central capsule and by the presence of a phaeodium, an aggregate of waste particles within the cell.

Phaeodarea produce hollow skeletons composed of amorphous and organic material, which rarely fossilize. The is divided by a cape with three openings, of which one gives rise to feeding s, and the others let through bundles of s that support the s. Unlike true radiolarians, there are no cross-bridges between them. They also lack symbiotic e, generally living below the , and do not produce any strontium sulphate.