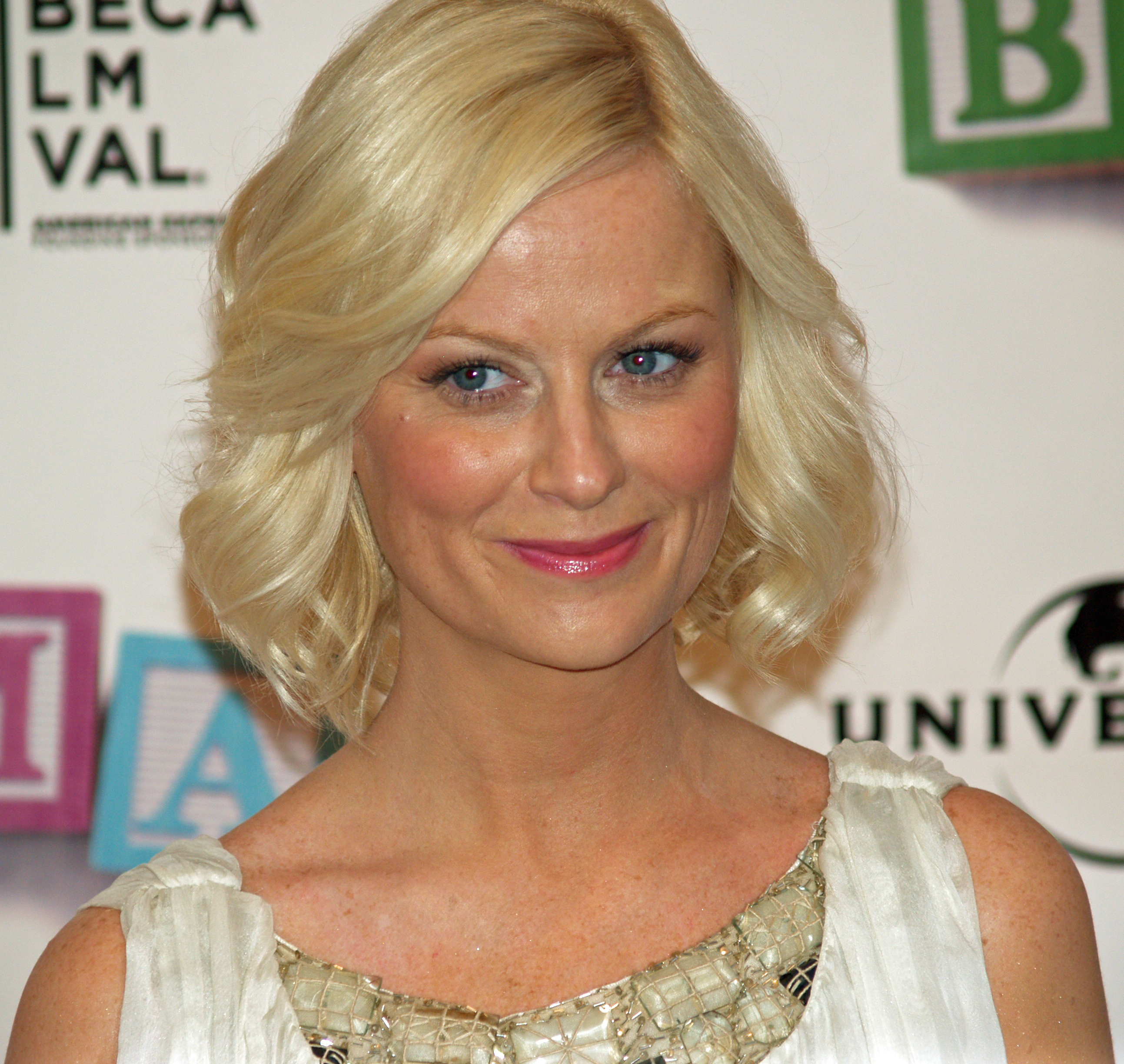 Amy Meredith Poehler (born September 16, 1971) is an American and . She is a cast member and parody news anchor on the television program "". In 2005, Poehler starred in the film "", alongside , and again alongside her in "Baby Mama" in 2008. She is also the first cast member in history to be nominated in the Outstanding Supporting Actress in a Comedy Series category at the Emmy Awards.

Poehler was born in , the daughter of Eileen, a teacher, and Bill Poehler. [ [http://movies.yahoo.com/movie/contributor/1800352171/bio Amy Poehler Biography - Yahoo! Movies ] ] She has a younger brother, Gregory, who was a copyright lawyer in before moving to with his wife. A 1993 graduate of , Poehler was a key member of America's oldest collegiate improv comedy troupe, .

After graduating from college, Poehler moved to , where she studied improv at alongside friend and future co-star . She also studied with at , going on to become part of the touring company as well as teaching classes at iO.

During her time at Second City, Poehler studied with , part of the . While the group initially consisted of many members (including , , and ), Poehler quickly became part of the group along with . The two, along with Besser and , performed sketch and improv around Chicago before moving to New York in 1996.

In 1998, debuted the group's self-titled, half-hour TV show. During the show's second season, the group opened an Improv theatre and training center in New York City at 161 W. 22nd Street, occupying the space of a former strip club. The UCB theatre held shows seven nights a week in addition to offering classes in writing and improv.

Comedy Central cancelled the "Upright Citizens Brigade" program after its third season, though the UCB theatre continues to operate.

Poehler joined the cast of "SNL" during the 2001-2002 season, her first episode being the first one produced after the with host and as a special guest. Poehler was promoted from featured player to full cast member in her first season on the show, making her only the third person to have ever earned this distinction (after and )Fact|date=September 2008.

Beginning with the 2004-05 season, she co-anchored "Weekend Update" with , replacing the newly departed . In a "" interview, Fey said that with Poehler co-anchoring, there now is "double the sexual tension." When Fey left after the 2005-06 season to devote time to the sitcom she created, "", joined Poehler at the anchor desk. Poehler is currently nominated for an Emmy as Best Supporting Actress in a Comedy, being the first SNL cast member recognized in this category. On September 13, 2008, the SNL season premiere opened with Fey and Poehler as and doing a "joint political campaign spot." Poehler plays Hillary Clinton as a highly accomplished, neurotic politician obsessed with becoming President of the United States.

On July 21, 2008, NBC officially announced Poehler's new series, saying the project will not be a direct spin-off of "The Office" after all, though such a spin-off is still planned.

In the past, she often appeared in various comedy segments on "", often playing her recurring role as 's little sister Stacy, and as a recurring character in two episodes of the college dramedy "Undeclared". She appears in the film "", which premiered on May 21, 2006 at the . In 2008, she appeared in "Horton Hears a Who!" and "Baby Mama", and will star in "" and "". She has also co-created an animated series for Nickelodeon called "" about Bessie Higgenbottom, a "sweet, merit-badge-obsessed girl scout", to which she lends her vocal talents. [ [http://www.nytimes.com/2006/12/12/arts/television/12nick.html?ex=1323579600&en=fb73dfa9f88e330a&ei=5090&partner=rssuserland&emc=rss SpongeBob SquareProfits: Nickelodeon Swears by Cartoons] from ]

Poehler appeared on the cover of the April 20, 2008 issue of "Page Six Magazine".

Poehler also appeared in the movie "" as the mother of co-star , although she is really only 5 years McAdams's senior.

Poehler is married to , of the FOX comedy "Arrested Development", and had a recurring role in the series as the nameless wife of Arnett's character . Poehler and Arnett also played a quasi-uous brother-sister ice skating team in the 2007 film "". The couple also appeared in "Horton Hears a Who!", and will star together in the upcoming films "On Broadway", "", and "Cloudy with a Chance of Meatballs".

On April 28, 2008 it was announced in People that the couple are expecting their first child, due in the fall. [ [http://www.people.com/people/article/0,,20195873,00.html?xid=rss-topheadlines Amy Poehler and Will Arnett Expecting a Baby] ]