The PZL TS-11 Iskra (English: Spark) is a Polish jet trainer aircraft, used by the air forces of Poland and India. It is notable as the main trainer plane of the Polish Army, the oldest jet plane still in service in Poland - and one of the most reliable.

The aircraft was designed in response to a Polish Air Force requirement for a jet trainer. The main designer was Tadeusz Sołtyk - hence a designation letters TS. The new plane was the first jet aircraft designed in Poland. Work started in 1957, the first prototype powered by an imported British Armstrong Siddeley Viper 8 of 7.80 kN (1,750 lbf) was flown on February 5, 1960. The next two prototypes, with a Polish copy of the Viper engine named the WSK HO-10 engine were flown in March and July 1961.

The new plane fulfilled requirements and, after tests, was accepted for the Polish Air Force as the TS-11 Iskra bis A, produced since 1963. From about 1966, the aircraft were produced with a new Polish-designed engine WSK SO-1 with thrust of 9.80 kN (2,200 lbf). From 1969, WSK SO-3 engines with longer time between overhauls were used and later improved version WSK SO-3W with thrust of 10.80 kN (2,425 lbf).

All-metal jet trainer plane, conventional in layout, with mid-wings. Wings are trapezoid-shaped, with leading edge swept at small angle. Air intakes in wings. Single jet engine has an exhaust under a boom with tail fin, which gives the plane an unusual silhouette. The two crewmen have ejector seats. The aircraft has no radar (apart from the TS-11R). It can be fitted with photo cameras.

Poland is currently developing the new TS-11S Iskra (Spark) for future jet trainer. It will be equipped with new avionics, strengthened structures and a more powerful engine. 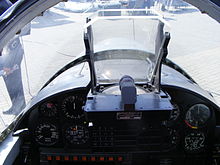 In 1964, the TS-11 prototype beat four world records in its class, among others the speed record of 839 km/h (524 mph). The Iskra competed as the standard jet trainer for the Warsaw Pact, but due to a political decision[citation needed], the Czechoslovakian Aero L-29 Delfin was chosen. Poland became the only Warsaw Pact country using the Iskra. 424 aircraft were built by 1987, when production ceased. 50 aircraft Iskra bis D were exported to India in 1975, then further 26 in the 1990s.

In 2002, Poland still had 110 TS-11s, including 5 TS-11Rs. The Iskra became Polish first and only jet trainer so far - the programme for a successor, the PZL I-22 Iryda (later designated M-93 Iryda), failed for several reasons and few were built. In Indian service, Iskra was withdrawn by December 16, 2004 (during service 7 were lost, killing 4 crew). 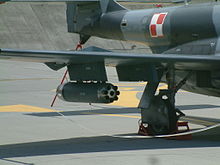